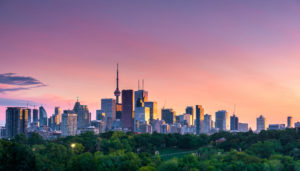 Teachers’ Innovation Platform was launched in 2019 to give the C$221 billion Canadian pension direct exposure to emerging sectors of technology. The platform has assembled a circa C$3.7 billion portfolio of funds and direct investments, Prostko confirmed, across technology businesses that includes names such as Elon Musk’s Space X, autonomous driving tech company Pony.ai and overseas study platform ApplyBoard.

TIP invested in its first food technology company in mid-June when it co-led a $226 million Series B for plant-based food development start-up Motif FoodWorks. The company was spun out of biotechnology business Ginkgo Bioworks in 2019 and has raised $345 million to date.

“Ontario Teachers’ has significant investment experience in natural resources and farmland,” Prostko said. Part of TIP’s rationale for exploring food and agtech came from perspectives gained from Teachers’ experience in these areas, he added. “At TIP, we believe the future involves an increased consumption of plant-based foods. Motif makes an ideal entry into the category, as the company’s platform supports work with multiple players and brands emerging in the space.

“We’re passionate about making bold investments, like Motif, where we’re partnering with talented entrepreneurs who are working to shape a better future. To these partnerships, Teachers’ brings flexible pools of capital, expertise scaling companies globally and the opportunity for cross-platform collaboration.”

Motif’s Series B was co-led by funds and accounts managed by BlackRock, and received commitments from Louis Dreyfus Company, General Atlantic and Breakthrough Energy Ventures, among others.

The company uses techniques such as precision fermentation and “material science breakthroughs” to solve sensory and nutritional challenges in the plant-based food category, the company said in a statement.

TIP views increased consumer adoption of plant-based foods as having a positive impact on the health of the planet, said Prostko, which aligns Motif with its target of “supporting emerging companies with platforms and technologies that accelerate this reality.”

The innovation platform would like its portfolio of venture-growth-stage technology companies to consist of roughly 80 percent direct investments and 20 percent fund investments.

“In this instance, we’re investing at an earlier stage than typical for TIP in series name, but we’re impressed by Motif’s visionary management team, the innovation underlying their technology platform and the traction they’ve demonstrated in solving some very specific issues with plant-based foods.”