Headquartered in Belgium, QP was founded in 2000 and provides quality-control activities focused on food microbiology testing, metagenomics and biomarker testing. The company’s 3,000 European clients include companies in the agriculture, food processing, retail and catering sectors.

Global ID chief executive Brad Riemenapp, who succeeded the company’s founder as chief executive in September, said the acquisition was part of the Fairfield, Iowa-headquartered company’s efforts to expand its international footprint. Financial terms were undisclosed.

The acquisition of QP will also build upon the company’s presence in organic certification which it had initiated through its December purchase of Bioagricert, an Italian company specializing in that activity, according to Riemenapp.

“QP brings us access to its broad and attractive client base and 18 years of experience in food safety testing, inspections and certification,” said Riemenapp. “The Benelux region is a priority growth market for Global ID, with more than $42 billion in revenue in the food market.”

Paine Schwartz acquired Global ID in October 2016, using capital from its Paine & Partners Capital Fund IV, which surpassed an initial target of $800 million before closing on $893 million in early 2015. The company provides food safety and quality-testing services to more than 15,000 clients in more than 100 countries.

“We have seen the increasing focus on food safety at several of our portfolio companies firsthand, which led to our team strategically developing a deep understanding of the food safety and testing sector,” said Paine Schwartz partner Angelos Dassios at the time of the acquisition.

In its first deal after coming into the Paine Schwartz portfolio, Global ID purchased a Brazilian food safety lab, called Analitus Analises Biotecnologicas, for an undisclosed price in August. 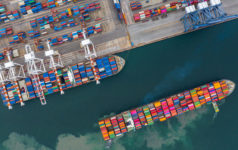