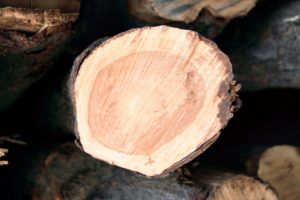 Several lots of harvested Indian sandalwood from plantations managed by Blackrock-owned Quintis Forestry have been sold on the open market in a transaction which the selling agent said demonstrates the “maturing of the market.”

A total of six lots, covering pooled logs, forest shavings and separately-pooled butts, were bought by Alpha Santanol, a wholly-owned subsidiary of Mercer International. The value of the transaction has not been disclosed.

“Like any forestry-managed investment scheme, there’s conjecture about what a resource will be worth and what it will produce in the market,” Smith told Agri Investor. “We’ve been able to effectively set the market and delivered several lots in the sale to match what would be a logical export volume. It’s a really high-quality asset and we’ve got a great outcome.”

Further tranches of Indian sandalwood from the plantation in Kununurra, Western Australia should be available annually, with another tranche set to come to market this year in October.

The plantation is managed and operated by Quintis on behalf of growers.

Formerly publicly-listed Quintis Forestry was attacked by short-seller Glaucus – the firm that published a scathing report on Blue Sky Alternative Investments – in early 2017, and was eventually recapitalized as a private company with A$145 million ($97.9 million; €88.5 million) from Blackrock, which retains its interest today.

As a producer and processor of sandalwood oil itself, Quintis Forestry was in the running to purchase the harvested resource from the plantation but ultimately lost out to Alpha Santanol.

“The market would probably think that as they’ve grown it they’d be the natural buyers,” Smith said. “But those within Quintis Forestry were treated absolutely the same as everyone else, and that was the mandate we were appointed on by Huntley Management [the responsible entity representing the growers] – that this would be absolutely open and transparent. Quintis Forestry has been nothing but professional throughout the whole process.”

The sale drew interest from around 2,200 parties, Smith added, as well as multiple bids. Alpha Santanol submitted bids for each individual lot and agreed to a premium to take all six lots.

Smith Agri International is also overseeing the sale process of another sandalwood estate in Western Australia on behalf of The Rohatyn Group. That asset is a mature estate of native Australian sandalwood, which is drawing interest from institutional investors, Smith said.

“Like all institutional investors that hold ESG in high regard, this sort of resource ticks those boxes,” he noted. “They know there’s a good chain of custody with regards to verification and they know it’s not coming from native sandalwood that’s been stolen from another place, where those native resources are protected. There’s a significant resource here in Australia which produces really high-quality oils and we’re seeing the international market focus on that.