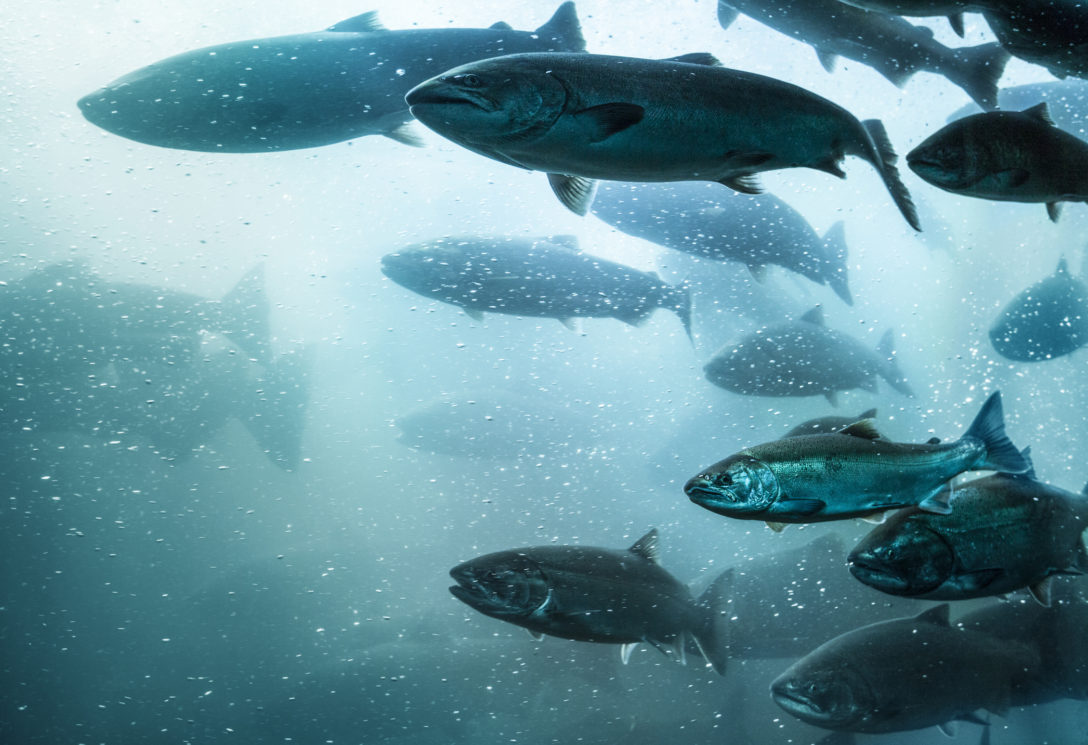 The position occupied by Stafford Capital Partners within private equity’s expanding web of interest in the aquaculture space, alongside its partner firm Neptune, is an intriguing one.

The pair embarked on their story together last December when Stafford provided the first closing capital of $33.5 million for the Neptune Aquaculture PE Fund l, while taking an equity stake in the firm.

Neptune had just been established by Thor Talseth, former head of private equity at AMERRA Capital Management. Talseth had joined the firm in 2015 following a 15-year career across various seafood-facing businesses.

While at AMERRA, he guided the firm’s 2016 acquisition of Mediterranean aquaculture company Andromeda Group, which gave it a firm entry into the space. AMERRA went on to team up with the $232 billion Abu Dhabi sovereign wealth fund Mubadala Investment Company for the 2018 double swoop of Greek aquaculture companies Nireus and Selonda.

Final confirmation on the deal had to wait until the end of 2019 when European Commission approval was received, owing to competition concerns thrown up by consolidating the three largest players in the region. The move firmly established Andromeda as top dog in the Mediterranean in less than two years, and made it the biggest global producer of seabass and seabream.

Hence the intrigue created by the Stafford and Neptune partnership. What kind of splash can we expect this relatively new duo to make in aquaculture, at a time when more and more PE investors are finding their own entry points?

Stafford looks for an aquaculture bridge

Stafford has traditionally been an investor in secondaries and timberland. Its pedigree in the latter was demonstrated in July with the $532 million second close of the ninth iteration of its flagship timber vehicle.

The firm bridged its way into the food space through a 2017 separate account commitment to a permanent crop fund on behalf of Swiss pension ASGA Pensionskasse. It went on to manage a A$33 million (€20 million; $25 million) separate account, called Stafford Australian Agricultural Real Estate Fund, for an unnamed Australian superannuation fund and a Swiss pension. The PE firm then launched its first distinct ag fund at the start of 2019 – STAAF II, which has a A$150 million target – at around the same time that STAAF I made its first ag acquisition in Australia.

“Ag across the board is less mature than most other asset classes,” says Stafford’s head of agriculture and food investments Jos Boeren, a former head of agriculture M&A at Société Générale who joined the firm from executive search outfit Kincannon & Reed in 2018.

“We concluded that in order to provide access for our investors to opportunities in aquaculture, where there’s very limited institutional capital but there is a massive industry at scale with strong growth prospects and a very fragmented ownership market, we needed to partner,” he says of the rationale behind the Neptune alliance.

“We want to accelerate the rollout and eventually become a standalone operator. [The partnership] is like the perfect bridge to the industry where we see value and want to provide a route for the institutional investors,” explains Boeren, who now sits on the Neptune board.

Diorasis executive director Andreas Sotiropoulos tells Agri Investor that fragmented ownership across Mediterranean aquaculture, for example, previously had the impact of creating volatile prices that led to boom and bust in the bass and bream space.

Diorasis unsuccessfully tussled with AMERRA and Mubadala-backed Andromeda for the acquisitions of Nireus and Selonda in 2018, which it sought to add to its own Philosofish aquaculture business. It had to settle for 20 percent of the duo’s assets as part of the European Commission’s approval of the larger merger.

“When people had cash they would stock more fish,” says Sotiropoulos. “And then 18 months later – that’s generally the time it takes to grow a fish to market size – there is an oversupply [and this cycle was repeated].” He adds that now the market has been consolidated by fewer players, with the capacity to diversify away from fresh fish and which can vertically integrate their businesses, it should lead to a better outcome for producers and consumers. 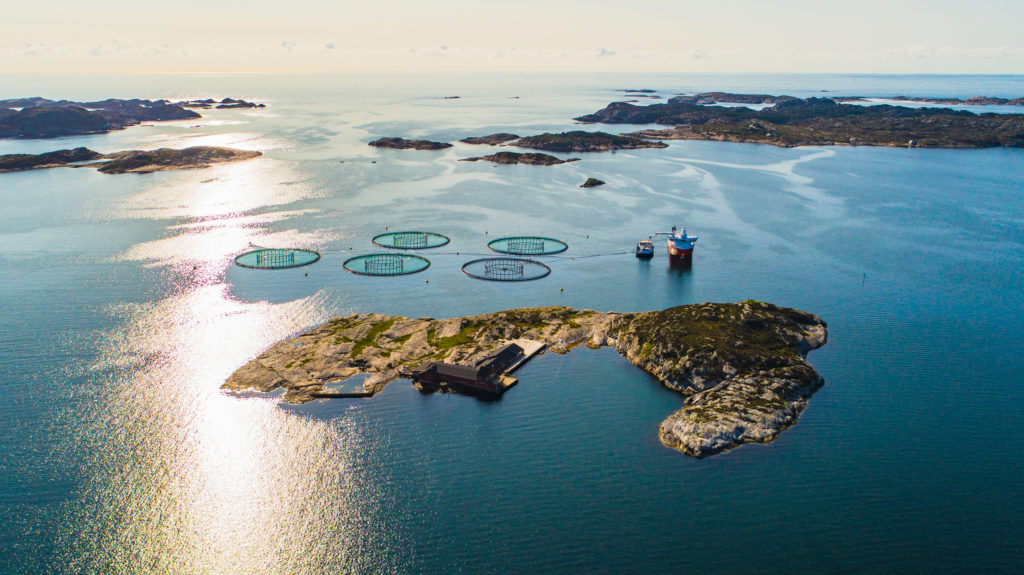 Despite other consolidation and greenfield opportunities being present in regions across the world, Stafford’s and Neptune’s first move in the aquaculture space looked beyond production and targeted the midstream. The move seems to be paying off.

In October 2019, Neptune’s aquaculture fund partnered with AMERRA on the acquisition of a 51 percent stake in Norway-headquartered maritime services provider AquaShip. The performance of the business “has gone above and beyond expectations,” says Neptune founder Thor Talseth.

The firm operates “30 vessels on three different continents and hasn’t had a single day of off-hire on any of the vessels due to covid-19,” he explains. This is an impressive feat, given some of the deep troubles suffered by the seafood industry.

“Covid has affected salmon farming, which is the customer of AquaShip,” he says. “Prices are somewhat down, there has been logistical issues with air freight and so on, but we have had an incredibly intensive period where we have signed more than five or six contracts, one of which is a new contract.

“The reality is they [salmon farmers] have had five, six, seven fantastic years. They have very strong balance sheets and they are looking at this long-term and are actively entering into new contracts to continue to improve operations and fish welfare. Consequently [AquaShip’s] EBITDA has more than doubled since the acquisition a year ago.”

Another factor underpinning the company’s strong performance is that only a handful of aquaculture businesses have their own maritime fleets. The number of vessels required to service ever-increasing pen numbers and sizes, along with the increasingly stringent regulatory regime around transportation and inoculation procedures, often prove prohibitive. This, in turn, has created space for maritime services to grow.

“General 10-year growth in [salmon] aquaculture is about five or six percent [annually] while at the same time, services to aquaculture is up 15 percent per year,” says Talseth. “So as an investor, we want to take part of that growth.”

Boeren adds: “If you look at the primary production versus services like AquaShip, like you see in other industries, this kind of service-providing industry will just accelerate. We see lots of other opportunities beyond primary production.”

Although he will not be drawn on any specific details, Talseth says one of these opportunities could involve partnering with a retail business, given that the retail industry is plotting ways to hold on to the market share it has captured from restaurants in the wake of coronavirus lockdowns.

“Very few seafood companies are ready to partner up with the retailers and offer the convenient grab-and-go products they are looking for,” explains Talseth. “[Retailers] are moving away from the wet fish counters into more convenient products, and we have seen that for a few years but, clearly, covid is accelerating this. That’s an area where we are spending time.”

Neptune is likely to complete another transaction before 2020 comes to a close, Talseth adds, though he declines to offer any further details, including where in the value chain it will occur.

Neptune’s wider and long-term investment strategy is based on identifying companies with organic growth and M&A potential, with a view to readying them for generalist investors such as PE firms, institutional LPs seeking direct investments and sovereign wealth funds.

Talseth confirms that the firm is targeting a second close on its debut aquaculture fund before the end of the year. He says the vehicle has a $300 million target and has raised close to $40 million, the majority of which has been deployed.

Both Stafford and Neptune are encouraged by the engagement they continue to receive from prospective investors, says Boeren, due to the resilience the food asset class has demonstrated throughout the pandemic and the fundamental growth drivers that underpin aquaculture’s expansion.

“At the macro level, long-term fundamentals are unchanged,” he says. “Increasing the protein production in the next decade, this old 50 percent more food by 2050 figure, that’s still there.

“If you look at seafood specifically, fundamentals are unchanged too. The health consciousness driver has been accelerated by covid. That attractive sustainability profile when you compare, for instance, salmon versus beef, pork or chicken – it’s pretty compelling – and people start to realize this and take notice.”

National Geographic estimates it takes roughly 1.2kg of feed to grow 1kg of fish – or, in other words, that it has a feed conversion ratio of 1.2x, compared with roughly 1.7x for poultry, 2.9x for pork and 6.8x for beef.

Boeren says the final driver is the underutilization of the oceans as a food source. Roughly 2 percent of humanity’s calorie intake and 15 percent of our protein comes from the oceans, which cover more than 70 percent of the Earth’s surface.

With a firm aquaculture entry secured through the midstream AquaShip investment, the Stafford and Neptune partnership can feasibly pursue opportunities at either end of the value chain.

Whether the firms choose to pursue production opportunities or embed themselves further in the industry’s burgeoning midstream services sector, the growth fundamentals appear to be in their favour.