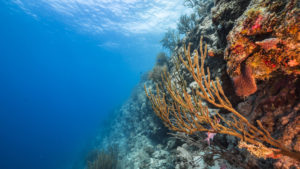 The French firm announced the fund’s launch on September 6 and secured a €52 million first close. The €120 million target vehicle was backed by insurer Macif and the Crédit Mutuel Arkéa bank, among others.

Blue Ocean will make impact investments aimed at regenerating the ocean by investing in sustainable solutions across the three verticals of overfishing, ocean pollution and climate change.

Swen will measure impact KPIs using a two-layer approach, the first of which is applicable to all investments its makes and measures elements such as quantity of biomass preserved, quantity of pollution diverted from the marine environment, and tonnes of CO2 equivalents saved.

The second layer of impact KPIs are specific to each individual company, Lim said. With regard to an investment in an aquaculture feed company, for example, Swen would measure “the physical feed conversion ratio which represents the quantity of fishmeal that has been saved,” he added.

“These are developed for each company and out of these two sets of KPIs a selection will be used to calculate rates of achievement of our impact objectives – and from this core will depend 50 percent of our carried interest,” Lim explained. He added that impact data will be examined and verified by an independent impact committee.

The GP’s next generation of funds are likely to link 100 percent of the firm’s carried interest with impact targets, managing director Jérôme Delmas told Agri Investor, having started at 30 percent with the 2019 Impact Fund for Transition energy vehicle.

The vehicle will make aquaculture investments with the goal of tackling the industry’s pollution and feed sustainability challenges. Delmas said it will target net IRR returns in the top quartile for VC funds, which is typically in the high teens and low twenties.

Blue Ocean represents Swen’s first ocean fund but the firm has recruited Lim and Olivier Raybaud, who between them have decades of investment experience in the industry.

Delmas added that Swen itself has been an ESG and impact investor since it was established in 2008.

“We have a dedicated team of eight people to ESG and impact – it is the DNA of Swen and the backbone of Swen so for us it was completely natural to develop this kind of business,” he said.

“In 2019 we launched the first European impact fund dedicated to renewable gas and clean hydrogen. So this kind of VC impact strategy with Christian and Olivier is new for us, but impact funds are not new for us because we have a long track record.”

Swen Capital Partners has €5.6 billion of assets under management.