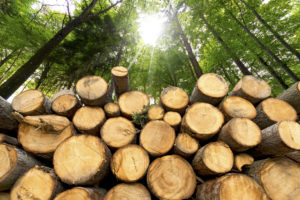 Timberland Investment Resources Europe has hit its $200 million target for its second forestry fund and completed fundraising for the vehicle.

TIR Europe Forestry Fund II is the successor to the 2017-vintage fund, which closed at $130 million and is now fully committed.

Managing partner GianPaolo Potsios said that a scaled-back due diligence process, as a result of the pandemic, meant the firm was not able to convert as much of the interest it received in the fund into commitments as it otherwise would have.

The fund “would definitely be closer to the hard-cap of $250 million [under normal circumstances],” Potsios told Agri Investor. “At the end of the day we did leave some money on the table because, for some investors, it [remote due diligence] did not meet their compliance requirements. Therefore, there was very little we could do.”

Despite the limitations, the firm was able to secure roughly $120 million from new investors, with the remainder coming from returning investors. Potsios added that its fundraising efforts were aided by the fact that it had been speaking with LPs for the previous 12-18 months.

He was unable to share the vehicle’s return targets but, upon the fund’s $100m second close in May 2020, Potsios told Agri Investor: “There has definitely been a revamp [in interest] because, after all, there are not many asset classes that are able to give you annual cash returns of around 3-4 per cent and an IRR over time of around 8-10 percent, with a very low risk profile.”

The 10-year closed-end TIR Europe Forestry Fund II will invest exclusively in the US across five to six properties with a range of tree species and age groups. Average acquisition values are expected to be in the $30 million-$50 million range.

The fund has deployed approximately $70 million so far across three properties and is going through due diligence on a further two. Potsios said he expects $100 million to be deployed by the end of 2021.