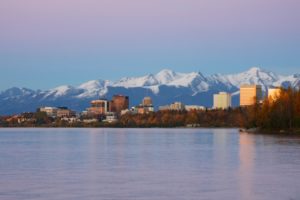 Agriculture may well find its way onto the agenda when US and Chinese officials meet later this week in Alaska. Because the meeting marks the Biden Administration’s first public contact with Beijing, observers will be watching closely.

Improving trade with China was the first factor cited by Ospraie’s Dwight Anderson recently as he explained why now is a time to “make hay while the sun shines,” given the minimum of two years’ profitability likely to be ahead for US ag producers.

Left unexplored was how the extraordinary elements surrounding a record $27 billion of US agricultural exports to China in 2020 – from the phase one trade agreement to covid-19 and China’s need to re-establish a pig heard decimated by African Swine Fever – are shaping longer-term US strategy in export-dependent markets.

One farmland manager benefitting from recent months’ positive tone told Agri Investor the China surge has undoubtedly been the single largest factor driving the uptick in commodity prices and sentiment. Though pessimism about the long-term durability of the trade has found its way into some investor meetings, they said, fundamentals are still enough to get people “over the hump.”

“Unlike trade in steel and non-edible commodities, at the end of the day, China has a massive population that needs to eat,” they said. “You can see short-term embargoes and problems in various different products, but they have to get food from somewhere.”

USDA wrote last month that China’s drive to diversify its agricultural imports, underway for at least 10 years, has hastened recently. In just the past two years, it noted, more than 100 new products – including Dominican avocadoes, Zambian blueberries and Argentinian pork – have been approved for import into China, which is now the world’s largest market at $133.1 billion in 2019.

USDA highlighted that the most recent iteration of China’s agriculture policy document broke with five years’ precedent in not mentioning its Belt and Road initiative when referencing the need for diversification in ag. This omission, according to USDA, suggests a “broader approach” translating into more competition for US producers.

The reportedly more than 25 percent year-on-year increase in agricultural imports from Russia is only the most prominent of many indications that forces now pulling China away from the United States – in ag and elsewhere – are larger than economics and policy.

Short-, medium- and long-term opportunities no doubt remain in supplying China’s gigantic market, but such trade will not play the same foundational role it did during US agriculture’s boom years early in the last decade.

As managers in ag markets defined by long-term horizons take in the beginning of a new phase in US-China relations this week in Anchorage, the best among them will be thinking of how the broader set of markets now supplying China will shape demand for their goods in the coming years.