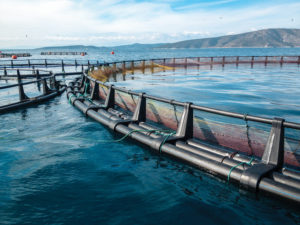 Speaking to Agri Investor shortly after the Cibus Fund closed a £53 million ($65 million; €59 million) deal to acquire roughly 65 percent of berry producer HPP’s assets, Alun-Jones said the fund is lining up investments in “a veterinary platform,” as well as one in aquaculture.

“The Cibus Fund is looking to make five investments – olives, almonds, berries, and then an aquaculture investment, so this [the berry deal with HPP] is the third of our major investments into the food fund,” he said. The fifth investment will be made into a veterinary best practice platform.

Alun-Jones said that the fund thinks valuations in the meat business, “particularly the alternative meat business” are too high, but believes “there’s an opportunity to bring the best practices in animal veterinary practices to a wider audience via a cloud-based platform.”

He cited a potential pig investment in an unnamed eastern European country, which the fund did not take up, but which made it aware, at the time in the case of pork, that there are many market-leading Danish best practices not used across the world.

“With African swine fever ripping through parts of the world, we think there’s an opportunity to build a veterinary best practice platform which farmers can tap into, and make sure whatever they’re running, whether it be their pork herd, beef herd or poultry, they are using the best practices that are available.

“If you look at what it does for pigs, it monitors the basic health, what they’re eating and what their conversion ratios are – there’s a huge variety in piglets per sow. In the very best pig farms, it’s up to around 42 piglets per sow, but in other parts of the world you see that right down in the low twenties.”

The Cibus Fund is split into a 90 per cent allocation that has invested in the olive, almonds and berry businesses, and is pursuing the aquaculture and veterinary platform investments.

The remaining 10 percent is aimed at agtech and alternative protein investments, which has so far taken stakes in the likes food technology company MycoTechnology and synthetic pheromone producer M2i Life Sciences, among others.

Alun-Jones said the fund has been structured in this way so it can realize its top down strategy of investing across the value chain, while keeping itself abreast of all the latest technologies that are impacting the areas in which it invests.