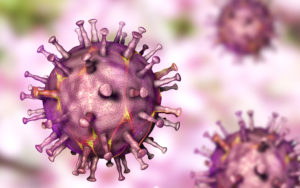 The impact African swine fever has had on China’s pig population has been nothing short of extraordinary.

According to Rabobank data, the country produced around 420 million pigs in 2018 – this is forecast to fall by 55 percent by the end of 2019 to roughly 190 million.

The reasons for the rapid spread and devastating impact of the disease were aptly conveyed to Agri Investor by Rich Gammill, managing partner at Proterra Investment Partners, which has a joint-venture firm in Shandong province that has been affected by the disease.

The unprecedented nature of the epidemic was top of Gammill’s mind, who said, “The question is: what is it going to look like when you have lost half of your sow herd and half of the pigs in China are dead – now what? The ‘now what?’ hasn’t really been experienced yet, we’re still at the front end of that.”

With African swine fever’s impact still revealing itself, Rabobank has suggested its effects could be felt for another three to five years.

One of the knock-on effects that has already manifested itself in China is record prices for pork, which were 14.85 yuan ($2.07; €1.89) per kilogram in January 2019 and had almost doubled to 27.31 yuan by the end of September, according to the China Pig Breeders Network.

This has led to consumers looking to alternative animal proteins, which has raised the prices of beef, sheep meat and chicken to record levels also, according to Rabobank. Those keeping an eye on the nascent plant-based alternatives market should moderate their expectations, though.

An Agri Investor source with significant animal protein investments in Australia says that plant-based alternatives are unlikely to gain too much traction in the region as a result of the outbreak.

“You have to bear in mind that taste profiles take a long time to change,” the source said. “While you can have supply-side developments, demand-side patterns can take time to change. I don’t see the Chinese market or South-East Asian market suddenly deciding they like plant-based protein.”

Between January and July 2019, Spain and Germany’s pig exports to China increased by 55 percent and 43 percent, respectively. At these rates of expansion, if the supply to domestic western markets is mismanaged, one of the consequences may well be higher prices and increased demand for plant-based proteins.

Another source highlighted to Agri Investor that the outbreak has reiterated some of the difficulties of investing in emerging markets.

“ASF can be managed, so this does show some of the risks of investing in markets like China and South-East Asia, where mechanisms such as stock quarantine and movement controls can be more difficult to implement,” the source said.

Indeed, ASF was present in Eastern European markets such as Russia before the outbreak in China. There, producers had adjusted to its presence and it did not take the same toll as it has had in the Peoples Republic.

What is encouraging for ag as an asset class, and global protein trade flows more widely, is that none of the sources Agri Investor spoke to expect African swine fever to adversely impact investor appetite for agricultural assets.

As one of our sources put it: “I don’t think this spoils the appetite or marks a significant risk for investors trying to secure exposure – I wouldn’t qualify it to that level of extremity.”

Be that as it may, with the disease spreading to South Korea, Laos, Myanmar, Cambodia and Vietnam – which Rabobank expects could lose 20 percent of its production this year – it’s impossible to fully grasp the effects of the outbreak at this stage.

One thing no interested party should be doing, however, is underestimating its impact.