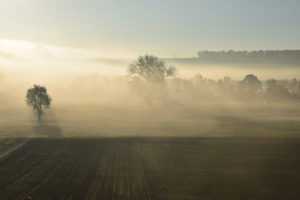 Towards the end of June, we polled members of the Agri Investor LinkedIn page on their fundraising experiences in light of the coronavirus.

The number of responses received, 41, means the sample is too small for any definitive conclusions to be drawn from it. Yet the somewhat mixed picture they helped paint doesn’t appear to be too wide of the mark – at least as far as we can read into our conversations with market participants.

Here’s how participants responded to our question: “How has the coronavirus impacted capital raising for agriculture GPs with a track record?”

The message from the majority of GPs who have spoken to us about the performance of their assets since the start of the pandemic has, by and large, been positive. The likes of MIRA, Fiera Comox and Laguna Bay Pastoral Company have all told us how well investments have performed amid the disruption.

And while Kilter Rural investments and partnerships manager Angus Ingram sang from the same hymn sheet when describing the performance of his firm’s assets, the demonstrable resilience of the GP’s underlying investments has failed to save it from a difficult time on the fundraising trail.

Ingram confirmed that Kilter has almost halved the fundraising target for its 2018 A$500 million ($354 million; €302 million) Australian Farmlands Fund, which now has a reduced A$300 million target due to challenges created by the pandemic.

Meanwhile, elsewhere, solidly-performing underlying assets and funds have, as you would hope, acted as the basis for a strong capital-raising pitch to investors.

“The pace of fundraising has been solid over the first half of the year,” an alternatives-focused GP told Agri Investor. “We have seen increased interest from both new and existing LPs, given the resiliency of the asset class through the crisis and the performance of our fund. We have signed new LPs and we have had existing LPs increasing their commitments and we expect more of the same over the course of the second half of the year.”

The asset manager’s positive outlook is certainly encouraging and its success in securing multiple new LPs deserves more than a cursory glance. As sister publication Private Equity International reported in May, one investor likened committing to new managers in this climate to “getting engaged to someone you’ve only talked to on your screen.”

Despite this – and in a continuation of the mixed fortunes narrative on the ag fundraising trail – a source at a placement agent told us “the pace of ag fundraising has clearly decelerated given the impacts of covid-19.”

The placement agent put this down to the effects of coronavirus on “investors’ portfolios and illiquid allocation budgets,” though there are signs “that some normalcy is returning,” the source said. Encouragingly, this return to normalcy has recently culminated in one of the placement agent’s GPs securing fresh commitments from new LPs to an ag vehicle.

On the basis of these diverging experiences, it is clear that being able to point to continued asset resilience and fund performance will go a long way to securing fresh capital for some, even if it’s not a silver bullet.

Still, ag fund managers are more likely to encounter trouble raising capital than they are ensuring their existing assets perform.

Tell us what you think. Write to the author at Binyamin.a@peimedia.com