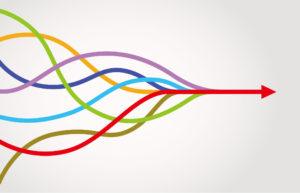 As a sector encompassing about 8 percent of global output, it’s no surprise that food and agribusiness attracts capital from a variety sources and deploys it through a variety of means.

Still, given agriculture’s unique risks and the need for highly specialized knowledge and networks, many observers have lamented that investors in seemingly complementary corners of the market tend to function in largely separate silos.

Recent months, however, have seen a number of transactions suggesting increased degrees of convergence. The latter could signal progress in the long-term effort to advance the ‘financialization’ of the asset class.

Indeed, longtime observers confirm that, despite headlines focusing on the sector’s very real agronomic, economic and trade-related challenges, this convergence has helped introduce an element of excitement into the market of late.

A driving factor helping unite the strands of ag investment has been the sector’s key position in the dialogue around ESG and the growing demand for impact investments. That’s a function of ag often being included as an area of potential focus for new impact funds and investors’ increased appetite for these specialized strategies.

When Swiss outfit responsAbility teamed with fellow impact funds to back Indian ag-lender Samunnati in January 2018, for example, executives told Agri Investor that, given the firm’s focus on capturing growth in the developing world, it often found itself competing with development finance institutions for investments and personnel.

In the time since, Samunatti has gone on to secure an investment from TIAA Asset Management subsidiary Nuveen, while responsAbility sold a significant minority stake to Australian pension Christian Super in late June.

An early July sale/leaseback transaction between California Olive Ranch – which has previously been backed by permanent crop specialists AgIS Capital and unnamed institutions – and Gladstone Land demonstrates how, in addition to being competitors for farmland acquisitions, investors in different parts of the market are finding ways to work together.

Bruce Sherrick, a University of Illinois professor who has played a singular role in advancing the economic and theoretical framework for the financialization of agriculture, told Agri Investor recent cross currents in the market have left him feeling partially vindicated.

“People are finally doing what I think should be done,” said Sherrick, highlighting both the scale and sources of new capital coming into the sector as well as growth in areas such as ESG-focused funds, small-scale green bonds and traditional farmland acquisitions.

“There’s just a lot more structured finance going in agriculture that doesn’t always have to start with one of the carved-in-nameplate ownership models. It’s become a lot more interesting.”

To be clear, signs of growing connections among investors who already share a broad specialization does not mean that managers hitting the road with ag funds will necessarily be greeted with open arms.

It does mean, however, that as LPs increasingly look to deploy capital in ways that help address society’s big-picture challenges and capture returns from smaller-scale changes in things like eating habits, ag managers capable of positioning themselves effectively between old and new will be handsomely rewarded.

“Everyone is now getting to the point of being comfortable enough with the asset class that they are sticking their nose under the tent,” said Sherrick. “It’s finally here; I feel like a guy that was born 20 years too soon.”