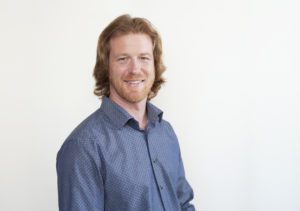 AgIS Capital has hired a former Hancock Natural Resources Group water executive to serve in the newly created role of director of sustainability.

Carl Evers joined AgIS in the summer in a position that sees him reporting to the Boston-headquartered farmland manager’s founder Jeff Conrad.

“While my title isn’t manager of water resources, you can imagine that my presence in the water community will remain,” San Louis Obispo, California-based Evers told Agri Investor this week. “Water is really at the core of sustainable investments, especially in the western US. I’m excited to leverage a lot of relationships and policy work into water and beyond.”

According to his LinkedIn profile, Evers’ 10 years at Hancock included asset management stints in the US and Australia and nearly two years as vice-president for water resources in North America. In the latter role, Evers’ responsibilities included development of orchard and vineyard assets and management of water policy for the firm’s domestic and international investments.

His new role with AgIS, Evers explained, has both operational and strategic responsibilities and will build on established ESG practices at the firm. AgIS received certification of its permanent crop-focused farmland portfolio to the Leading Harvest sustainability standard in September after collaboration with Averum, a Lenexa, Kansas-headquartered third-party certification body.

Evers highlighted AgIS’s plans to pursue orchard redevelopment practices that re-incorporate old almond trees into the soil rather than burning them as an example of how efforts to achieve Leading Harvest certification influences asset management.

“If we think along the lines of continual improvement, which is one of the goals, that certification pushes us to think: ‘How could we do better those things that we would be conducting as our normal way of business?’” he said. “The whole orchard reincorporation and recycling is definitely an improvement over what we would call standard practice.”

Evers was among contributors to a March report from the non-profit Environmental Defense Fund that examined the role of strategic land re-purposing in implementation of California’s Sustainable Groundwater Management Act. He told Agri Investor in April it was then too soon to say how SGMA compliance efforts had influenced producers’ strategies for responding to this year’s drought conditions.

Evers said this week that SGMA had played a positive role in helping keep focus on water issues this summer, adding that he is encouraged by level of trading that occurred within and between water districts.

“What we saw from this year’s drought was that there was more activity and that people are thinking about making [water trading] part of their water supply portfolio,” he said. “You would have seen a lot less rice and row crop plantings this year [without water trading] because there was flexibility in markets where that water could be moved to folks that had a more hardened demand.”

The potential for such water markets to play a bigger role in adapting to more challenging climate conditions in California is an example of how sustainability focus can increase returns, according to Evers.

“We’re getting to the point where clients and investors can better understand that these investment products are going to continue to provide attractive financial results, but they also have the potential to make a positive impact on the environment and communities,” he said. “That brings value to the investment, when used correctly.”

Founded in 2013, AgIS managed $650 million on behalf of separate account and fund investors as of December 2020. Its Four Corners Farmland Fund had raised at least $302 million from three LPs toward a target of $750 million, as of a June 2020 filing.