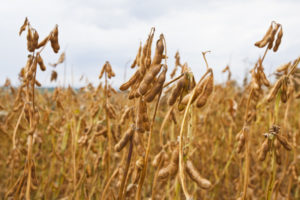 Over the last few months alone, global agribusiness Cargill has invested $300 million to expand plant protein operations at two US sites. At the other end of the scale, new entrant Future Meat secured a $14 million Series A to develop its cultured meat platform.

Somewhere between these two companies of massively differing sizes sits Motif FoodWorks, a business spun out of biotechnology company Ginko Bioworks with a $90 million Series A in February, which received a further $27.5 million funding boost in August.

Motif is backed by several heavyweights including New Zealand dairy producer Fonterra, Impossible Foods investor Viking Global Investors and, most notably, the Louis Dreyfus Company. The latter, of course, is a member of the ABCD firms (alongside Cargill) that account for more than 75 percent of the global grain trade.

Another issue, of course, is how does an interested investor gain exposure to this space?

Agri Investor sources have told us that unless large investors are targeting the type of farmland that’s growing crops like soybeans or peas – the two crops Cargill has invested in to the tune of $325 million since January 2018 – they won’t be able to access the alternative protein chain of production, as these are the crops that are the building blocks of many plant-based protein products.

Agne Rackauskaite, senior analyst for Impax Asset Management’s sustainable food strategy, says another issue is also likely to be at play in the minds of institutional investors. “Certainly in Europe, there’s still this perception of, what is it?” she said. “Is it franken-food? Is it healthy? There’s still a lot of skepticism around the healthfulness of the product. A lot of people are really wanting to see the data. They still need to be convinced.”

She added that despite the sometimes-cautious reception from investors, they remain interested and “really want to understand the space and want to know how they can position themselves for that growth.”

She notes that on the consumer side, however, it’s “a very different story. You only need to look at the growth rates.”

One of the best examples of this is plant protein producer Beyond Meat, which was founded in 2009. In May 2019, the company’s share price peaked at $234.90 on the Nasdaq stock exchange, while the company itself has been valued at more than $9 billion.

Interestingly, Bunge owns a 1.6 percent stake in Beyond Meat, which is in line with the trend of ABCD firms positioning themselves to benefit from the alternative protein boom. The fourth member of the quartet, Archer Daniels Midland, has been less vocal about any pure-play alternative protein investments it has made, choosing instead to showcase its existing line of plant-protein brands and products.

Nevertheless, that three out of the four ABCD firms are making strategic investments to take advantage of the alternative protein boom is telling. They’re either diversifying their portfolios to spread risk or this is something they believe will drive growth. Either way, they’re invested.

One of the factors that may assuage any fears investors have about long-term health concerns, says Rackauskaite, is a reduction in the length of the ingredients list. The latter makes some investors nervous about the extras that go into these products to recreate the texture and taste of meat. As alternative protein firms improve their products, this is no doubt something they will target as they refine their offering and try to expand their market share.

Investors may not have much scope or appetite to commit to the space right now. But if the direction of the market is anything to go by, they won’t be able to stay on the sidelines for long.