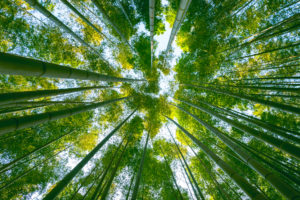 SA Impact Forestry Fund will invest primarily in Paraguay and will target low alternative use land to develop a 50,000 ha eucalyptus plantation over the 10-year closed-end fund’s life.

Astarte has committed $30 million in seed capital to the fund, drawing from its 2020-vintage Astarte Special Opportunities Platform, confirmed Astarte co-founder Teresa Farmaki. She declined to disclose the size of the vehicle but confirmed it is now fully committed.

“The location where we are developing our forests is on the river Parana, which is the main logistical channel down to open sea and is near one of the biggest pulp mills in the region,” Farmaki told Agri Investor.

Paraguay’s climate makes it comparable with Brazil and Uruguay for having some of the best environmental conditions for growing forestry in the world, said Farmaki. With the comparatively lower cost of land in the country, it offers a competitive advantage, she added.

“The trees actually grow one meter a month. We get 24 meter trees in two years, which is one of the key attributes of the region. The world needs more forests and that region is just absolutely unique for realising that,” Farmaki said.

SilviPar manages a 6,000 ha forestry portfolio in the country and contributed seed forestry assets and operational infrastructure to the SA Impact Forestry Fund valued at $30 million. The company will take the lead on day-to-day operations and commercial strategy while Astarte takes charge of fund management level operations.

The venture is Astarte’s first foray into Paraguay and represents its first dedicated forestry vehicle.

Return rates expected to be delivered by the fund were not disclosed, but Farmaki confirmed carbon credits trading will form part of its cash generation strategy.

The firm is in discussions with carbon credit brokers and is also exploring the use of dedicated trading platforms, confirmed Farmaki.

“With our project, we expect to sequester around 9 million tonnes [of carbon] and issue carbon credits for that, and that’s including the rotational harvesting that will be taking place. So you can imagine that the magnitude is tremendous,” she said.

“We expect to reach the full size of our rotations at around year six or seven, so we will be harvesting roughly every seven years and that’s when we trade [carbon credits].”