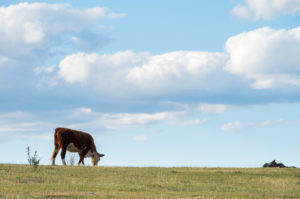 Forecasts published this week by the Australian Bureau of Agricultural and Resource Economics and Sciences (ABARES) predict the value of farm production will fall by 5 percent in 2019-20 to A$59 billion ($40.4 billion; €36.5 billion), as consecutive years of dry conditions bite.

Winter crop production is expected to increase but is still forecast to remain low.

The volume of farm production is forecast to have declined by 15 percent in 2019-20 from a peak in 2016-17. This is similar to levels last seen during the Millennium Drought but ABARES’s index is still forecast to be 25 percentage points above the worst years of that period in 2002-03 and 2006-07.

ABARES said that while the volume of farm production and export values would fall this year, this would be limited by above-average crop production in Victoria, where seasonal conditions have been favorable, and in South Australia and Western Australia, where more mixed conditions will see average levels of crop production achieved.

Winter rainfall was below average across large parts of Australia, with much of the south-eastern, western and northern parts of the country recording rainfall totals in the lowest 5-10 percent of the historical record from March 2018 to August 2019. Timely rainfall during the peak growing season of April to October in south-western Western Australia was enough to support above-average crop production in that region, though.

“Consecutive years of dry conditions across much of central and northern New South Wales and southern Queensland have reduced herds and flocks, which is beginning to affect the productive capacity of the sector,” he said.

“Winter cropping conditions have shown improvement and we expect an 11 percent increase to 33.9 million tons, thanks to favorable seasonal conditions across Victoria and reasonable conditions in parts of South Australia and Western Australia.

“However, the national winter crop is forecast to be 16 percent below the 10-year average to 2018–19, because of poor growing conditions across significant areas of New South Wales and Queensland.”

The figures paint a concerning picture for the year ahead, with Rural Bank this week also predicting that the outlook for Australian agricultural exports in 2019-20 was “uncertain,” despite exports hitting a record high in 2018-19 following nine consecutive years of growth.