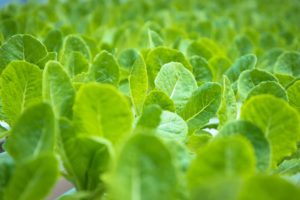 Financial details of the transaction, which was announced July 2, were undisclosed. In the statement, Blue Road founding partner John Duryea said the firm’s entry into specialty leafy greens followed several years’ study of the category. “We also envision future add-on acquisitions of companies that can benefit from being part of the B&W platform,” he added.

Florida-based B&W produces and distributes watercress, arugula and a pre-packaged mixture of four baby greens to consumers in the foodservice, retail and specialty channels. Descended from an enterprise founded in New Jersey in 1870, the company has farms in eight US states and processing facilities in three states.

Though agriculture is not an exclusive focus for Miami-headquartered Boyne, managing partner Derek McDowell told Agri Investor B&W’s size and state of development made it a natural fit for the firm’s focus on the lower mid-market, largely centered on Florida and the US south-east.

McDowell declined to disclose the locations of B&W’s farms and processing facilities.

Boyne used capital from family offices and endowments to support a buyout with B&W management in 2015, according to McDowell, who added some of those investors also committed to the firm’s fund, BCM Fund I, which surpassed an initial $100 million target before closing on $126 million in 2017.

As opposed to microgreens like sprouts and other specialty lettuce and herbs usually grown under glass, McDowell explained, B&W focuses on broader salad categories of conventionally grown greens like arugula that are harvested earlier in their life.

“It’s more of a niche market because the tonnage per acre you are harvesting, given you are harvesting younger, is less and the gross dollars that tend to come out per acre are less, so it’s less attractive to a lot of farmers,” said McDowell.

McDowell declined to disclose the size of the transaction, beyond saying it was too small to attract attention from pension funds directly.

Blue Road Capital, a spinout from Ospraie Management, closed its debut fund on $433 million in mid-2016 after falling short of an initial target reported to be between $500 million  and $750 million. Investors in the fund included the $12.5 billion New Mexico Educational Retirement Board and the $4.2 billion San Mateo County Employees’ Retirement Association.