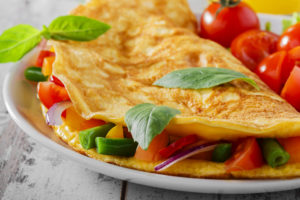 Alternative protein company Eat Just received regulatory approval from the European Commission to use its proprietary mung bean protein in food products sold in the EU.

This means the San Francisco-headquartered firm can now sell its JUST Egg products in the EU for the first time and is planning a Q4 2022 launch.

The company’s egg products are already available in the US and in October 2020, it entered a JV with Proterra Investment Partners to establish an end-to-end supply chain in Asia for its egg products – the continent grows the most mung beans globally.

Proterra managing director Tai Lin told Agri Investor at the time the firm’s up to $100 million investment into the JV includes plans to establish a unit for the procurement and origination of mung beans, a protein extraction facility, and establishment of a network of contract bottlers and packagers throughout Asia.  “It is a bit of a Coca-Cola model,” Lin said.

Eat Just has been on a regulatory approval roll since late 2020 and has been racking up a cohort of impressive financial backers since its launch in 2011.

The company stands alone as the only start-up in the world to have a cell-cultured meat product available on the market, for which it received regulatory approval in Singapore in December 2020.

It closed a $200 million round led by the sovereign wealth fund Qatar Investment Authority in March 2021 and has raised more than $650 million to date.

In April 2021, Eat Just co-founder and CEO Josh Tetrick told Agri Investor the company is not open to being acquired by any single entity and it views a public market floatation as its best avenue for future growth and development.

Tetrick added that he expects more sovereign wealth funds to back his company and similar tech-enabled food producers, in light of the heightened focus on food security following covid-19.

“Qatar specifically and the MENA region generally; we’re not going to solve the problems that we’re trying to attack in the food system if we are not both serving those markets domestically and also ensuring that we have significant manufacturing capacity there,” said Tetrick. “That’s definitely fundamental to our plan.”