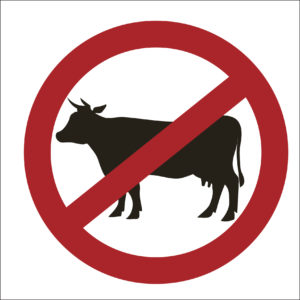 Upside Foods has closed a $400 million Series C funding round co-led by Temasek and the Abu Dhabi Growth Fund. The California-headquartered start-up rebranded from Memphis Meats in 2021 and counts Bill Gates, Cargill, Softbank and Tyson Foods among its investors.

The $400 million Series C overtakes Israeli start-up Future Meat’s $347 million Series B secured in December. It comes after China’s Ministry of Agriculture and Rural Affairs announced in February that cultured meat and “future foods” (other alternative proteins such as plant-based, for example) would be part of its five-year agricultural plan for the first time.

And earlier this month, the Dutch government committed to investing an initial €60 million to support the formation of a cellular agriculture industry in the country. The Netherlands plans to invest a further €252 million to €382 million in its cellular ag industry – a timeframe for the pace of capital deployment was not given – to stimulate education, research and publicly accessible scale-up facilities.

Singapore remains the only jurisdiction globally that has granted regulatory approval for the consumption of cell-cultured meat.

Start-ups in the cultured meat space collectively secured $366 million in 2020, which puts into context the sizeable rounds that have now been closed by Upside Foods and Future Meat in the last six months.

Data from Agfunder shows that “innovative food” companies – this includes cultured meat, plant-based and novel ingredients – raised $4.8 billion in 2021 as a whole as the agtech space had a breakout year during which the sector raised more than $50 billion – up from $28 billion in 2020 and $22 billion in 2019.

Also of note is that Brazil’s JBS, the biggest meat company in the world, entered the cultured meat space in 2021 when it acquired Spanish start-up BioTech Foods for $100 million. JBS joined Tyson Foods and Cargill as major strategic backers of cell-cultured meat. The trio, along with National Beef Packing Company, make up the four largest players in the North American meat industry.