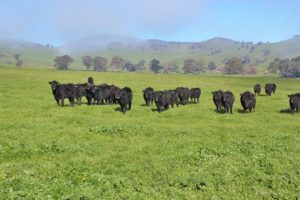 The property was passed in at auction in September 2019 at a value of A$13.2 million ($8.9 million; €8.1 million) and Agri Investor understands the final negotiated sale price exceeded that value.

Union Agriculture paid just under A$7 million for the property when it acquired it in 2011, meaning that it will have booked a significant capital gain on the deal.

The Mount Falcon property covers approximately 2,800 hectares near the Snowy Mountains in NSW and has been run by Union Agriculture as a commercial beef operation, breeding F1 Wagyu cattle.

An Angus cattle breeding herd with Wagyu bulls was included in the sale, which was conducted jointly by Colliers Agribusiness and Inglis Rural Property.

“We had 60 enquiries and 23 inspections throughout the campaign – interest was very strong particularly from drought-affected farmers looking for grass. Demand for properties with high rainfall continues to be strong, along with land values continuing to exceed market expectations,” MacKinnon and MacLeod said in a statement to Agri Investor.

“This is underpinned by a number of factors including current livestock prices, increase in demand for protein, and low interest rates.”

Union Agriculture is a subsidiary of Jiahe Brewery, a company based in Hebei, China.

Mount Falcon was one of the smaller properties in its portfolio of farms, consisting of sheep and cattle breeding properties across approximately 25,000 hectares in NSW. It is understood that the sale was prompted by an internal restructure.

It paid A$38 million for a mixed irrigated and dryland farming property covering more than 11,000 hectares near Gunnedah in 2017, its largest deal to date. It also paid A$13.8 million for around 4,500 hectares of mixed farmland in southern NSW in 2011 and A$11 million for the 5,200-hectare Kyabra Station earlier this year.