ASX-listed Capilano Honey has accepted a bid from Bravo HoldCo, a consortium consisting of Wattle Hill RHC Fund and Roc Capital, that will take the company private with a view to building its links with China.

The consortium made clear its intentions to target Asian markets, particularly in China, with Capilano, as the firm has been trying to increase its exports of premium Australian honey.

Wattle Hill, one of the consortium partners, focuses on investments in Australian businesses that supply products and services in demand by Chinese consumers. Co-founder Albert Tse is the son-in-law of former Australian prime minister Kevin Rudd.

In a statement, Tse said: “Our key aim is to enhance the position of Capilano’s brands in key domestic markets as well as drive expansion of brands in offshore growth markets, such as China, as a producer of premium Australian-sourced product. The focus will be on delivering innovative products with therapeutic and digestive health benefits in demand by Asian and Chinese consumers.”

Michael Lukin, a partner at Roc Partners, confirmed that its equity investment would be sourced from its Australian superannuation fund clients, ensuring the firm will “remain majority Australian-owned”. Lukin also said beekeeper representation on the company’s board will be maintained.

Capilano Honey reported revenues of A$139 million and EBITDA of A$16.07 million in its full-year results to 30 June 2018. The company said it is the “largest supporter and purchaser” of Australian honey, purchasing 11,097 tons in the year to 30 June 2018, an increase of 16 percent on the previous year.

The company sources honey from more than 600 beekeeping families across Australia and exports to more than 30 countries worldwide, according to its website. 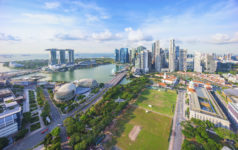