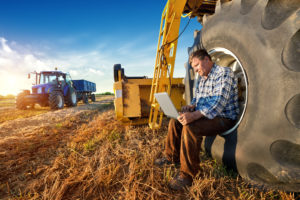 Agriculture data was a recurring theme at our recent Agri Investor summit in Melbourne.

David Goodfellow, chief executive of Ontario Teachers’ Australian subsidiary AustOn Corporation, walked attendees through how his firm’s almond orchards use in-ground sensors to collect data and monitor exactly when trees need to be watered or fed.

Both Brent Snow of First State Super and Simon Mather of BUSSQ said on a later panel that their superfunds felt that access to quality data was of vital importance when assessing ag investments. Mather considered it a “real barrier” to making an investment if the fund could not get access to enough audit-quality data on an asset. He added the superfund had to use external help at times to do so.

The summit culminated in a discussion with Agripath founder Simon Fritsch and Kate Burke, managing director of Think Agri, both consultants that use data to help farmer and investment clients make better decisions.

Burke pointed out that farmers and asset managers need “precise data” when it comes to making investment decisions. High-level datasets are useful when assessing an entire asset class. But when it comes to choosing whether to buy a farm or not, or whether to plant a certain crop, more granular information is needed.

A perceived lack of useful data keeps coming up in conversations we have with LPs that do not have agricultural exposure, but the situation is changing. The discussion has evolved from one about the lack of data full stop, to one where it is more about understanding how best to use and interpret the large amounts of data that are now being collected.

While initiatives like the NCREIF Australian Farmland Index are trying to plug the gap around historical returns data, there’s a fair argument to say that official statistics providers like the Australian Bureau of Statistics and ABARES should be tapping more into what the industry is doing.

This was the thrust of a recent research from the Australian Farm Institute.

AFI executive director Richard Heath said in the report, Reinventing Australian Agricultural Statistics, that “the dearth of reliable and respected agricultural statistics is not a new issue.” What has changed, however, is the huge amount of alternative data sources that have emerged – such as sensors, satellite imagery and other commercial data – which are being collected and analysed by the industry.

Whether this data relates to on-farm performance or even financial returns, it’s clear there is a role to play for the industry in sharing this information, especially if fund managers want to provide evidence to hesitant investors that agriculture has a role to play in their portfolios.

As Heath put it: “Official agencies such as ABS and ABARES should retain the key responsibilities of co-ordination, collection, analysis and distribution of statistics. However, to do so effectively with alternative data sources, they will require strong, co-operative partnerships with industry to identify and access appropriate data.”

He added: “Australian agricultural statistics can be reinvented if a common purpose of contributing data for the general benefit of the sector is embraced and pursued by industry and official agencies.”

Fritsch told our summit that large datasets such as those compiled by ABS and ABARES were undoubtedly useful, but warned “there’s a role for understanding where you sit in the universe, and what’s important to you as a farming business or an asset manager.” That is exactly what more precise statistics could provide.

It’s clear that the data are increasingly out there, being collected by a variety of people in a variety of ways. It’s now about finding the best ways to harness and use that data.