What starts as a talking point can become a fundraising deal-breaker.

We saw it with ESG (environmental, social and governance issues). The idea that non-financial impact should be a considered and documented part of investment decision-making has taken a long time to take root.

“In the early days […] investors wanted the highest rate of return and didn’t put any pressure on the firms in terms of environmental issues [and] jobs offshoring,” as Carlyle’s David Rubenstein told PEI back in 2016.

But taken root it now has. A large cohort of private equity investors (33 percent, according to our LP Perspectives survey last year) always includes ESG as part of their manager due diligence processes.

Those who work in this area often refer to the private equity industry as being on a “journey” in terms of ESG. The first steps involve thought-leading institutional investors (asset owners) discussing it. Some prescient GPs join the conversation. Formalised forums and events are convened, lobbying groups and associations join the dialogue. Specialists are hired at both GPs and LPs. Guidelines are drawn up and boxes added to due diligence questionnaires.

Or to put it another way: the conversation moves from “why should we do this?” to “how can we do this?”

And so it is set to play out with the issue of diversity and inclusion among private equity firms.

The discussion stage is well and truly underway. It is a topic that will be front-and-centre at our upcoming Women In Private Equity Forum in London.

As Cambridge Associates head of private markets Andrea Auerbach reinforced to us recently, asset owners are thinking about how to bake it into their investment decision process.

Carlyle has taken the notable step of hiring a chief diversity officer from BlackRock. Carlyle co-chiefs Kewsong Lee and Glenn Youngkin described a diverse and inclusive culture as “a competitive advantage”.

One blue chip GP told me that at a recent meeting of its biggest LPs, diversity and inclusion was one of only two agenda items LPs insisted on. Unsurprisingly, that same GP is currently working on a number of steps – including training for the firm’s leadership, as this represents a cultural step change – to create a more balanced and diverse team.

Now the Institutional Limited Partners Association, the body that represents more than $2 trillion in investor capital, has the issue well and truly in its sights and has expanded its due diligence questionnaire to include general partner-level diversity issues.

Diversity and inclusion is becoming a real issue for private equity firms, whether they know it or not. As with other areas of financial services, women are under-represented at senior levels. Only 17 percent of Carlyle’s managing directors and partners are women. In Blackstone’s UK operations, men earn 30 percent more than women on an hourly basis. Are other firms likely to be any different?

Undoubtedly there are GPs that – behind closed doors – question the value of monitoring and reporting ESG issues, yet investor demand has pushed them to do so. Expect the same to happen with diversity and inclusion. 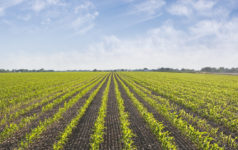 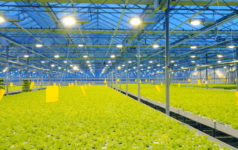 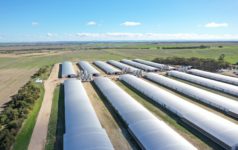