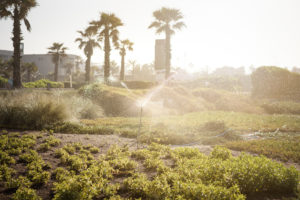 Comptoir Agricole de Souss operates across Morocco’s seeds and fertilizers, irrigation and crop protection sectors and was founded in 1967. Financial details of the transaction were undisclosed.

“There are multiple international players who have done signature projects, but there has been no African champion that can truly serve the continent,” CMGP partner Marc Stoneham told Agri Investor soon after the merger at the end of 2020.

“Here is the opportunity to truly create an African agri services champion, which will do great things for developing the incomes of farmers, for food security, for water security and really build a world-class African business.”

Morocco-headquartered CMGP was founded in 1995 and offers irrigation infrastructure and crop protection equipment and services, alongside seeds and fertilizers. The company operates a subsidiary in Senegal and plans to begin expanding into Francophone countries, beginning this year with Ivory Coast, Stoneham said.

DPI’s 2018 investment of $100 million into CMGP drew from the second iteration of firm’s African Development Partners Fund series, through which it manages $1.7 billion. The Pan-African private equity firm has investments in 35 countries across 17 industries and is currently seeking $800 million for the third iteration of the vehicle.

DPI principal Jade Del Lero Moreau told Agri Investor its initial approach to CAS occurred about two years ago. After a transaction that also saw AfricInvest join as a new investor, he said, the merger will allow CMGP to complement its established position in precision irrigation equipment with CAS’s more developed focus on fertilizers and phytosanitary services.

“Obviously, this is a B2B business,” said Del Lero. “You can associate it with primary agri, because its services are provided to that segment, but it’s driven by consumption and the African middle class that is consuming.”

DPI’s other food-related investments have included Nigerian foodservice provider Food Concepts, the proprietor of a consumer-facing chicken brand for which the firm has pursued some backward integration, said Stoneham. In June, DPI drew from its third fund to invest $56 million into Tunisian tomato products producer SICAM.

Stoneham said DPI’s investor base is comprised of DFIs alongside a “broad range” of African and US pension funds, family offices and high-net-worth investors. Such investors have long been focused on both commercial return and positive social impact through investment, he added.

“The regional integration of the continent is one of the absolute shaping themes of our world. This [CMGP] is not the only one of our companies who has come to us and said, ‘We want you, because you can be the best partner to us as we go from champion in country X to champion in region Y,’” Stoneham said.

The policy framework supporting economic integration took a step forward on January 1 with the official launch of the African Continental Free Trade Agreement (AfCTA), which aims to reduce non-tariff trade barriers among all but one of Africa’s 55 sovereign states.