Agri Investor
Home News & Analysis Eat Just: How long can it stay ahead in the cultured meat...
Return to search
Editor's View 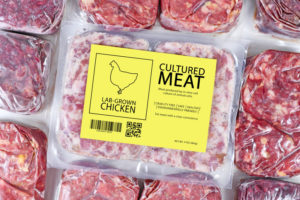 Perhaps it should not have come as a surprise when, last week, Singapore became the first country to approve cultured – or lab-grown – meat for consumption.

After all, no continent faces the same need to ratchet up food production due to the growth of its population over the next 10 years quite like Asia does. Three of the world’s 30 million-plus population cities will be found on the continent by 2030, as will 17 of the 25 largest cities by population. Annual food expenditure, as a result, is expected to double to beyond $8 trillion over the period.

What’s more, Singapore’s ambitious 30×30 initiative, which aims to get the city-state producing 30 percent of its nutritional needs by 2030, has created a supportive economic and regulatory environment for food-tech innovation.

However, the fact that the first to clear the cultured meat milestone was Eat Just, a San Francisco-based alternative protein provider whose sole product to date has been its plant-based egg, was something of a surprise. This is, of course, the niche area of the food space that the Temasek and Bill and Melinda Gates Foundation-backed Memphis Meats occupies, as does S2G-backed Future Meat.

Nevertheless, fresh from having signed a joint-venture agreement with Proterra Investment Partners in October, which will establish a plant protein facility and a level of vertical integration that seeks to emulate the “Coca-Cola model,” Eat Just suddenly looks to have stolen a march in the under-invested Asian food and ag space.

“Eat Just and Proterra Asia are in discussions to expand their alliance to include the commercial production of cultured meat,” Proterra Asia managing partner Tai Lin confirmed to Agri Investor.

Lin added that he expects regulatory approval to result in more investors being attracted to the region, as well as to the cultured meat sector.

“[It] is a clear indication of Singapore’s intention to become a hub for food technology,” Lin said. “Food technology is an important part of the overall solution for the challenges in the food ecosystem, and Singapore is signaling to the world its interest in being a key player in helping to find that global solution.”

Proterra’s efforts to raise $700 million to $800 million for its Asia Food Fund III may well have been aided by the news as well, as it is hoping to tap European LPs. If the recent capital-raising experience of Hong Kong and New York-headquartered venture capital firm Lever VC is anything to go by, Asian LPs will be keen to get involved too.

Seventy percent of the $23 million raised for its debut alternative protein and cultured meat fund has come from Asian family offices, founder Nick Cooney confirmed to Agri Investor, with some having already made direct investments in the sector.

Eat Just – and its potential cultured meat partner Proterra – will hope they can keep the surprises coming as they seek to turn their first-mover status into an advantage that will not only win the confidence of investors, but will also secure the long-term trust of consumers.