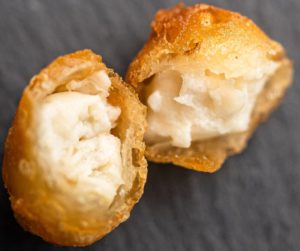 Cell-cultured fish start-up BlueNalu could bring its first products to market in Europe between 2025 and 2030, president and CEO Lou Cooperhouse told Agri Investor.

The California-based company announced a partnership with European frozen food giant Nomad Foods on September 13. The pair will explore commercialisation options for cell-cultured fish in Europe, assess regulatory requirements and work together on market research and consumer insight.

Research from the Good Food Institute, a sustainable proteins charity, found that the cultivated meat agtech sector attracted $366 million of investments in 2020. The alternative protein industry as a whole attracted $2.3 billion during the year, according to Agfunder data.

“We believe it is feasible that a market launch in Europe can occur during the latter half of this decade, between 2025 and 2030, pending the completion of our marketing and commercialization strategy,” Cooperhouse said.

“The market opportunities for seafood in Europe are enormous, yet incredibly differentiated and specialized for each nation. Our collaboration with Nomad Foods allows us to explore their extraordinary knowledge of these markets, to evaluate the benefits and opportunities that our process will provide to the European consumer.”

BlueNalu hopes to launch its first products in the US in 2022, where it is building a 3,700 sq ft production facility in San Diego. The company secured a $20 million Series A in March 2020 and $60 million in convertible note financing in January.

The company has attracted investors from more than 10 countries and continues to receive interest from “pension funds, sovereign wealth funds and other sophisticated investors who are concerned about food security, ESG and climate change,” said Cooperhouse.

The company anticipates cell-cultured fish will play a “critical role” in meeting Europe’s seafood demands, which could increase by 7 percent per capita by 2030.

“The EU is the world’s largest seafood importer, sourcing more than 60 percent of its consumed seafood from abroad,” Cooperhouse said.

“As a result, we feel strongly that cell-cultured seafood will play a critically important role in helping the EU develop a more secure and sustainable source of seafood, that will also be trusted, safe, healthy, and free of mercury and potential environmental contaminants.”