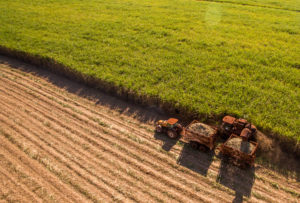 The row-crop properties, four in Illinois and one in Texas, were sold for a 10 percent collective gain of $800,000 relative to the company’s book value, according to Denver-headquartered FPI.

Though the sales come a week after anonymous allegations of improprieties in a FPI lending program helped drive an near-40 percent drop in the company’s stock, chief executive Paul Pittman told Agri Investor the asset sales were unrelated.

“We just closed the sales. That means the negotiations of the sales would have had to be several months ago; 45 days ago at least,” said Pittman. “We sold them for 10 percent more than our book value. Does that mean that everything in my portfolio is worth 10 percent more? No, it means those farms are.”

Pittman, who declined to provide more detail on the properties themselves, instead characterized the sales as part of the company’s previously announced plans to pursue up to $40 million in farmland sales this year.

Pittman said FPI is currently “evaluating what the company’s direction will be” following changes in the company’s stock price last week, adding that it is too soon to say whether developments will influence ongoing deliberations about the company’s future. While FPI does have a loan program, he argued the accusations made in the article were false and had already resulted in unnecessary losses by investors, who sold without fully examining the substance of the article’s claims.

“The damage has been done,” said Pittman, likening the post to cyberbullying. “The incredible harm to my company is there and it’s not going to go away just because the allegations are false.”

Pittman stressed that the anonymous nature of the accusations harms their credibility and said that FPI is currently working with authorities to determine if any laws have been broken.

“If somebody shows up on your front porch at 9pm at night and they are wearing a ski-mask, you can make the assumption that they are not a good person,” said Pittman. “What’s happened to us is the corporate equivalent of that.”

During FPI’s fourth-quarter earnings call in March, Pittman expressed frustration that FPI’s stock price, then around $8 per share, was well below its calculated net asset value of between $12 and $14 per share. He said at the time that if the company did not see a strengthening towards about $11.50 per share within two years, he would consider “something drastic,” such as taking the company private or selling its assets through real estate brokers.

On Monday, when the stock closed at $6.10 per share, Pittman insisted that FPI’s intention is to be long-term holders of farmland and not “asset flippers” but said the company will continue to pursue opportunities to sell properties at a profit when possible.

Earlier this year, Pittman stated in stark terms that he is not keen to consider a single buyer for all of FPI’s 165,000-acre farmland portfolio, which comprises 79 percent row-crop farms and 21 percent permanent- and specialty-crop properties. He told Agri Investor that remains the case.

“It’s a big, active market for farmland,” said Pittman. “I’m not saying that we are doing this, but if I decided to sell every asset, the market is the market; they are going to get sold for more or less what they are worth in the local markets.”