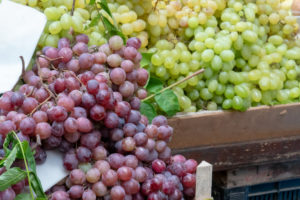 The loan is designed to support Danper ALV’s environmental management, job creation and efforts to increase the role of women in Peru’s agricultural sector. Announced in late June, it is FinDev’s second investment carried out as part of the 2X Challenge: financing for women; an initiative launched at 2018’s G7 meeting in Canada that aims to catalyze $3 billion in investment from DFIs, private investors and others to enhance economic participation of women.

Established in 1994, Danper Trujillo is a Danish-Peruvian joint venture that produces and exports a variety of fresh, canned and frozen fruits and vegetables, as well as Andean grains like quinoa, chia and amaranth to North American, European and Asian markets. Danper ALV was established seven years ago to focus on the production and export of high-value crops like avocados and grapes from northern Peru.

“The loan will help shift the company’s focus to higher-value crops, which will maintain and increase quality jobs by increasing financial performance,” FinDev said.

“We are thrilled to be working with a company that will have an immediate and local impact in the Peruvian agribusiness sector, which is crucial to sustainability, economic development and women’s economic empowerment,” said Gaboury.

In May 2018, Agri Investor reported Gaboury was to join FinDev as from FMO, a Dutch development bank for which she managed a €1.1 billion portfolio that included investments in farming, inputs and water, among other agricultural subsectors.

While Gaboury held the position of FMO’s global director for agribusiness, food, forestry and water in December 2016, the development bank arranged a $30 million loan to Danper Trujillo. That loan was designed to support the company’s efforts to improve water management in coastal regions of Peru that typically see limited rainfall.

Gaboury also played a role in another loan to Peru’s agribusiness sector earlier in 2016, when FMO extended a $15 million facility to family-owned fruit, vegetable and dairy producer Agricola Pampa Baja.