Fonterra said in a statement that the sale had been made as part of an ongoing strategic review that the company is undertaking, following the announcement of its first ever annual loss in its FY18 results in September 2018.

The firm reported a net loss of NZ$196 million ($133 million; €115 million) in the year to 31 July 2018, largely attributed to a legal settlement with Danone and a write-down on Fonterra’s purchase of a stake in Chinese infant formula manufacturer Beingmate.

Farm Source is an agribusiness that was set up to provide support to producers, with a network of agents and more than 70 stores offering supplies and technical advice across New Zealand.

The sale price has not been disclosed. Carrfield’s ownership will be effective as of 1 March.

Carrfields Group managing director said the acquisition would take his company’s cohort of livestock agents to more than 150.

“This strategic partnership will offer Farm Source clients and Fonterra farmer owners access to a nationwide agent and sale yard network provided by a New Zealand family-owned business,” Carr said in a statement

The sale affects 25 agents and five support staff, the majority of whom will transfer to Carrfields Livestock.

Farm Source stores director Richard Allen said the sale would allow the business to “better serve” the livestock team and the farms they service.

“While Farm Source’s livestock division has contributed positive returns since inception, we believe the investment required to maintain and grow this division can be more effectively targeted towards improving core areas of the Farm Source business,” Allen said.

In December, Fonterra announced it had reached an agreement with Beingmate to unwind its joint venture in Australia as part of its ongoing strategic review, while the firm has also said it is considering selling its Tip Top ice cream brand. 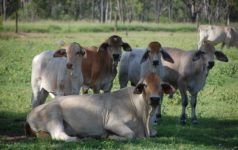 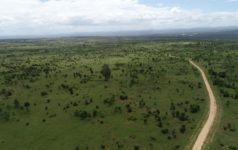