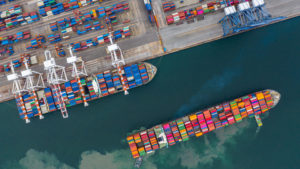 In late February and early March, when most of the world started entering their coronavirus lockdowns, supermarkets everywhere were struggling to cope with the same phenomenon: stockpiling.

From long-life staples such as pasta and rice to household necessities like toilet paper and hand wash, retail shelves in cities from New York to Sydney had been left bare as a frenzy of panic buying gripped consumers.

By late March and early April, certain grain-exporting nations had responded in kind with stockpiling (some might even call them protectionist) measures of their own, announcing plans to either limit or halt the export of key grain and wheat products to ensure domestic food security.

As Agri Investor has reported, various investors and farming businesses have done well out of the initial stockpiling surge and broader shift to home consumption of food. Similarly, steps taken by nations such as Russia and Romania to either limit or halt the export of grains and wheats to various markets caused price spikes on futures indexes.

The price of wheat traded on Chicago’s futures market, for example, had risen 10 percent by April 5 from mid-March. No doubt, there will have been those who benefited from this too.

The next component in this food security playbook, says the managing partner at placement agent 5 Capital, could be a gradual rearrangement of food supply chains in a post-coronavirus world.

“One of the things we are likely to see is incentives to bring some food production, processing, distribution – the whole supply chain – closer to home,” said Allan Majotra.  “We have had some discussions with GPs around this theme.”

It’s worth noting that Saudi Arabia, a major net food importer – as is every other Gulf state – has taken similar action since the global financial crisis, albeit from the opposite end of the importer/exporter divide. The Kingdom has encouraged private Saudi investors to invest in foreign agricultural assets to shore up the country’s supply for almost a decade now.

On April 6, SAGO, the state’s grain-buying division, reissued this call. It signed up SALIC and Al Rajhi International for Investment to an incentivized program aimed at majority-owned Saudi firms to supply it with 10 percent (around 355,000 tons) of its grain-buying needs for the 2020 year. To date, the program has yielded 60,000 tons of Ukrainian wheat via SALIC.

Majotra believes similar state-level incentive programs could become more widespread, this time aimed at establishing new supply chains either within or closer to domestic borders, bringing with them investment opportunities of their own.

“There is a lot of consideration and thought going on around global risks associated with disruptions in the food supply chains,” he said.

“Some food producers could be better positioned because of potential stockpiling under severe circumstances, given that food is an item of necessity. This is going to be a potential investment theme that could be incentivized by governments to ensure food availability, in case there are export restrictions in producer markets in the future.”

As every industry and section of society considers what the post-pandemic new normal holds for them, food supply chains are unlikely to be different – they will have to change to manage the anxieties and risks this crisis has exposed.

Whether that means increasingly protectionist and isolationist measures remains to be seen. But given that every government’s primary duty is to ensure the health and safety of its citizens, a period of protectionist policy would not be out of step with what we’ve seen so far.

This may not necessarily be a bad thing for some investors.