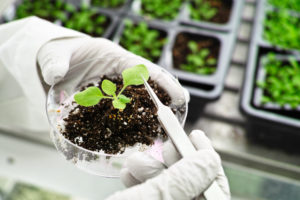 Biotechnology company Ginkgo Bioworks has raised a $350 million fund to support new subsidiary companies that will be spun out from the firm.

Ginkgo declined to disclose the name of the firm that led the funding round and will manage the fund, but did reveal that it received commitments from its existing major investors Viking Global Investors, General Atlantic and Cascade Investment.

The Ferment Fund could start deploying capital by the end of the year, a spokesperson for Ginkgo confirmed, and will exclusively invest in companies launched on its platform.

“We expect companies that spin out…to launch with an $80-100 million Series A with a combination of capital from Ferment Fund and strategic partners,” said the spokesperson.

Microbe engineering company Joyn Bio was launched in partnership with Bayer Crop Sciences in 2017 and a $100 million Series A, while plant-based protein producer Motif FoodWorks (formerly Motif Ingredients) was spun out in February 2019 with a $90 million Series A.

“Companies backed by Ginkgo’s Ferment Consortium will have the advantage of launching with full access to Ginkgo’s platform for cell programming,” a statement from the company said.

Ginkgo will focus its spinout ventures in mature industries, such as medicine, raw materials and waste recovery, where “synthetic biology has been underutilized but can have a profound impact on a business and its larger ecosystem.”

CEO and co-founder Jason Kelly said in a statement: “We’re seeing growing demand from large, sophisticated strategic players across multi-billion-dollar industries who realize that synthetic biology will transform their fields.”

“These incumbents want to be part of shaping that disruption and owning a stake in it rather than watching it unfold.”