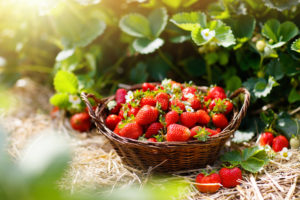 Gladstone Land has acquired a 324-acre property dedicated to strawberries and vegetables for $9 million and entered into a six-year triple net lease for the farm with Wish Farms, a vertically integrated berry producer.

The property is in the city of Salinas, within Monterey County, California. It contains both conventional and organic farmland that is currently 20 percent planted in organic crops.

Tony Marci, a managing director at Gladstone focused on markets in the western US, said in a statement that the transaction would enable Wish Farms to expand its operations in California.

Wish Farms, which is headquartered in Plant City, Florida, is a grower, packer and shipper focused on strawberries, blueberries, blackberries and raspberries. It sources 30 percent of its berries from a combination of leased and owned farms and purchases the remainder from independent growers in North and South America.

The Salinas transaction is not Wish Farms’ first with Gladstone. However, it is the first time the companies have collaborated in California, according to Wish Farms chief operating officer JC Clinard.

Although the property is also suitable for raspberries, Clinard told Agri Investor that Wish Farms plans to keep it planted predominately in conventional and organic strawberries, while keeping a portion devoted to vegetables.

Clinard said consumer demand for organic produce was growing across the berry categories. He added that, in some markets, supply was already outpacing demand and that producers were adjusting production between conventional and organic in line with changes in transportation and other costs.

“Around 15 percent of the revenue that we generate is in organics, the balance is conventional, so that’s about what the market is,” he said.

According to the California Strawberry Commission, the state currently produces more organic strawberries than the other 49 combined and accounts for nearly 80 percent of all US strawberries production.