Glencore’s agricultural unit, Glencore Agriculture, has made an informal takeover approach to rival grain trader Bunge, with the Swiss commodities trader saying it is seeking a “possible consensual business combination.”

In a statement Glencore said that “discussions may or may not materialize,” while Bunge, one of the world’s largest grain-trading companies with a market cap of around $15 billion (£11.6 billion, €13.4 billion) responded that “it is not engaged in business combination discussions with Glencore Agriculture Limited or Glencore plc.”

Glencore’s move comes a little over a year after it sold a 40 percent stake in Glencore Agriculture to the Canada Pension Plan Investment Board (CPPIB) for $2.5 billion, the proceeds of which would enable Glencore to expand in the US and Latin America, Agri Investor reported at the time.

In June 2016, Glencore divested another 9.99 percent stake in its agricultural unit, this time to British Columbia Investment Management Corporation (bcIMC), for $625 million.

“The $3.124 billion of cash proceeds from these two transactions will be used by Glencore to reduce net indebtedness,” Glencore said at the time.

According to a presentation Glencore released in February highlighting its 2016 financial results, net funding and net debt had been reduced by $14.7 billion and $14.1 billion respectively over an 18-month period, to $32.6 billion and $15.5 billion.

Headquartered in Rotterdam, Glencore Agriculture is a vertically-integrated business focused on the global agricultural products value chain. Its origination and logistics network comprises 274 storage facilities, 31 processing facilities and 23 ports around the world.

Bunge, which was founded in 1818, buys, sells, stores and transports oilseeds and grains. Its other business activities include producing sugar and ethanol from sugar cane; as well as mill wheat, corn and rice for food ingredients. It also sells fertilizer in South America. 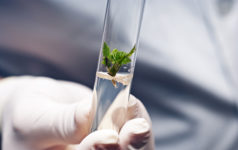