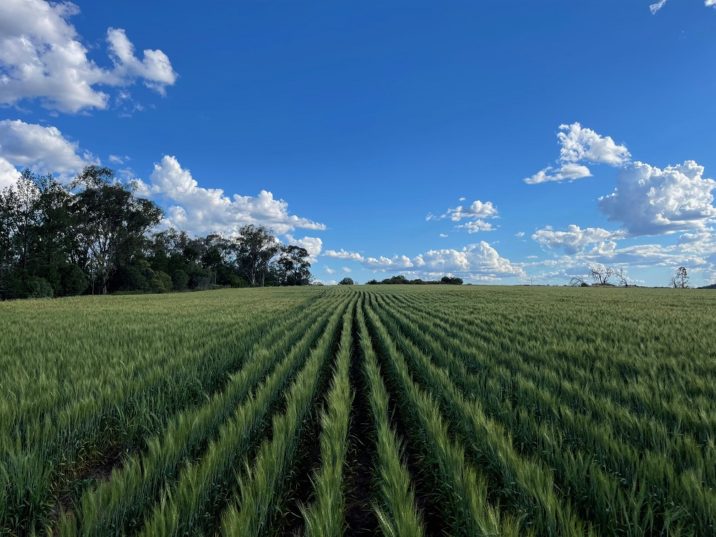 Gunn Agri Partners’ Transforming Farming Platform, a vehicle backed by the Clean Energy Finance Corporation and the Kempen SDG Farmland Fund, has emerged as one of the buyers of farmland in the Liverpool Plains region of New South Wales, Australia, which was formerly earmarked for a coal mine.

The 6,000ha aggregation acquired by the TFP, part of the Watermark portfolio near Gunnedah, was sold in late 2021 by Chinese coal miner Shenhua. The sale process, managed by CBRE Agribusiness, saw the farms in the portfolio returned to 10 local farming families, as well as the investment by the TFP.

The value of Gunn Agri Partners’ deal was not disclosed but its acquisition accounts for around half of the total Watermark portfolio. In a January 2022 statement, CBRE Agribusiness said the entire 16,500ha portfolio had sold for around A$120 million ($86 million; €80 million), with more than 6,700ha set aside for koala conservation areas now managed by the NSW Government.

The Shenhua project was highly controversial because it called for plans to turn some of Australia’s most productive agricultural land into a coal mine. After a long and public campaign, the NSW Government eventually paid Shenhua A$100 million to withdraw its lease application for the mine in 2021, paving the way for the sale of the portfolio.

The aggregation acquired by the TFP is adjacent to the koala habitat, sharing a 35km boundary. Gunn Agri Partners managing director Bradley Wheaton told Agri Investor that 5.5 percent of the property would be given over to koala conservation.

“That land is adjacent to the state government-managed koala habitat and it has the same vegetation. Koalas have trouble reading land titles so it makes sense to put the boundary of the conservation area around their natural habitat. This is a good operational decision to achieve our sustainability objectives,” he said.

Wheaton described the aggregation as a “prime example” of the type of asset that TFP targets.

“There is some existing cropping on fertile black and red soils, but there is significant transformation opportunity on areas previously underutilized and unimproved pasture, and there are opportunities for environmental conservation,” he said.

“The Watermark aggregation will produce rainfed winter and summer crops such as wheat, barley, canola, chickpeas, sorghum and mung beans. We will also work with livestock leasing partners who operate their own livestock on the grazing areas and cover crops and opportunistically graze in crop and on stubbles.”

The TFP now has a portfolio of more than 12,500ha, acquired in eight transactions.

“In October last year, we commenced aggregating three contiguous properties of 4,500ha in total in northern NSW near the Queensland border, and we are now cropping that aggregation and a livestock leasing partner is running high-value Wagyu cattle on the grazing land. We have conservation areas that are being developed for biodiversity stewardship and soil carbon projects being established,” Wheaton said.

“Also in northern NSW we have aggregated a total of 2,500ha over four adjoining properties in a highly productive black basalt soil area where we will produce winter and summer crops and a livestock leasing partner will graze pastures.”

CEFC executive director Rory Lonergan said in a statement on the Watermark purchase: “We are pleased to see the rapid growth of the Transforming Farming Platform, and the positive local benefits that are associated with this latest acquisition. We can already see the advantages of this integrated farming model, which has the potential to deliver energy efficiency improvements to farms as well as optimise production, soil carbon, biodiversity and other environmental outcomes.

“This is a great demonstration of how a focused approach on regenerative farming practices can deliver a positive outcome for farmers, agriculture, emissions reduction and local landscapes.”