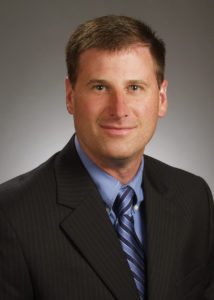 Hancock Natural Resources Group has elevated Tom Sarno – who most recently served as senior managing director of its timberland and farmland operations – to the newly created role of global head of timberland investments.

Sarno (pictured) told Agri Investor the position is similar to one previously held by Brent Keefer, a former Hancock executive who was president of the Hancock Timber Resource Group, before he joined American Forest Management as chief executive earlier this year.

The North Carolina-based position is parallel to the role held by Oliver Williams in Hancock’s agricultural investing unit, and will see Sarno report directly to HNRG chief executive William Peressini.

His focus in the new role, Sarno said, will include ensuring Hancock’s timber investment product offerings are both modern and aligned with investors’ expectations for the asset class.

The firm’s open-ended Hancock Timberland and Farmland Fund, which Sarno declined to discuss, had secured $706 million from 37 investors as of February 2019, according to a regulatory filing.

According to his LinkedIn profile, Sarno held positions at forest products provider Champion International and International Paper before joining Hancock as mid-Atlantic regional manager in 2004. The profile shows Sarno progressed through a series of timber-focused positions within Hancock until early 2017, when he assumed the role of senior managing director and head of timberland and farmland operations.

Sarno said experience with the international aspects of Hancock’s timber business are likely to inform his approach in the new role, where he will work with what he described as a more regionally diverse set of LPs than ever before.

Hancock entered Chile in 2014 through the purchase of a 62,000 hectare plantation through a joint venture it established with local timber products provider MASISA, and made its second acquisition in the country in January 2018.

Sarno said Hancock’s operations were not impacted by violent protests in Chile that forced the cancellation of a scheduled Asia-Pacific Economic Forum event in October and the firm continues to consider opportunities in the country.

He highlighted Global Forest Partners’ $350 million acquisition of timber properties from MASISA in March as a reflection of continuing activity in that market.