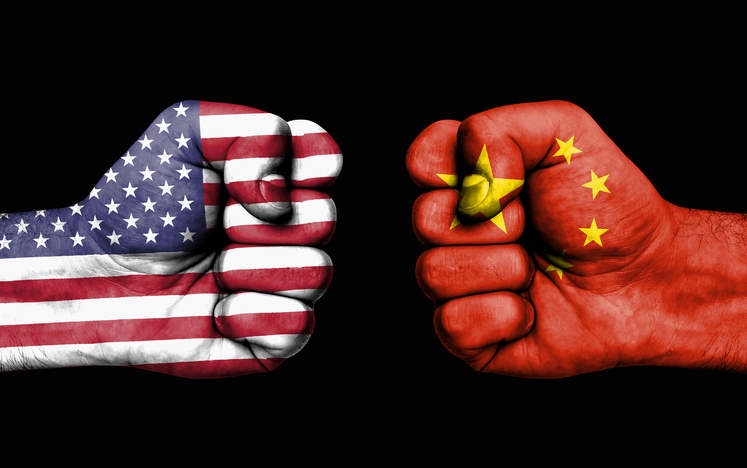 Concerns exist among investment managers that increasing focus on the national security implications of Chinese purchases of US agricultural land could lead to stricter enforcement of reporting requirements that may have been inadvertently ignored.

The 1978 Agricultural Foreign Investment Disclosure Act requires registration of land holdings and transactions by foreign investors in US agricultural land. Although the resulting annual reports have often been covered in mainstream media, oversight of AFIDA reporting requirements has been lax and some investment managers have been unclear about reporting requirements created by the law.

“Even the law firms that tend to represent either sellers or buyers on the West Coast, they [AFIDA requirements] seem to be in a corner that no one was really paying attention to. It’s a small sample size, but I think most peoples’ working assumptions were that everything was fine and there was nothing really of concern here,” one agricultural investment manager of foreign capital in the US told Agri Investor. “Now, all of a sudden, it’s like: ‘Should we have been checking this stuff? Did we have regulatory filing requirements and disclosures we were unaware of?’”

Sources familiar with operations of at least three other investors with assets in the US told Agri Investor they were looking into the implications of recent focus on AFIDA but declined to discuss the issue in detail. The USDA did not reply to messages seeking further detail.

Each link in the chain

AFIDA was designed to collect information pertaining to foreign investors who acquire, transfer or hold an interest in US agricultural land. It defines “agricultural land” as including properties of at least 10 acres dedicated to forestry, ranching, or farming, and its periodic reports focus on foreign investments’ impact on family farms and rural communities.

Because the USDA’s Farm Service Agency has offices throughout the country, it was designated the monitor of AFIDA compliance, which is overseen by its Farm Production and Conservation mission area. Reporting requirements under AFIDA’s Form FSA-153 include information about land price and intended use. AFIDA requires reporting to the third tier of ownership.

“The Act is designed to impute foreign person status to certain US entities holding direct and indirect interests in US agricultural land. For purposes of the Act, this is accomplished by defining each successive link in the chain of US entities containing foreign interest as a foreign person,” according to the USDA’s most recent AFIDA report.

The law requires transactions be reported within 90 days and stipulates failure to file accurately and in a timely manner can result in penalty of up to 25 percent of market value of agricultural land. The USDA acknowledges that reports are often filed late and can be incomplete and as a result, advises AFIDA report results should be considered temporary.

The latest iteration of the AFIDA report showed that through the end of 2020, foreign persons held nearly 37.6 million acres of agricultural land, which accounted for 1.7 percent of all land and 2.9 percent of all privately held land in the US.

Forestland accounted for 46 percent of foreign-held land, cropland for 29 percent and pastureland and “other” ag land account for 23 percent of investment. The report attributed the portion of the latter group largely to foreign-owned wind companies signing and terminating long-term leases on acres.

Canadian investors accounted for the largest share of land covered by AFIDA, owning 12.4 million acres, or 32 percent of all foreign-owned land. Other leading sources of foreign investment into US agricultural land, include the Netherlands, Italy, the UK and Germany.

Regionally, investments are concentrated in the West and South, with large timber holdings in Maine standing out as an outlier. Oklahoma, Texas and Colorado accounted for 39 percent of the increase in foreign investing into US ag land seen between 2019 and 2020.

“China may have undue leverage”

Although the 352,140 acres attributed to investors from China amount to just 1 percent of foreign-owned land, the USDA’s 2020 AFIDA report highlighted that amount constitutes a sharp rise from just 13,720 acres in 2010. A May report from the US-China Economic and Security Review Commission included US agricultural land purchases within its broader coverage of China’s food security-motivated investment abroad.

It highlighted one purchase of particular concern as being the Fufeng Group’s November 2021 investment in a small plot of North Dakota farmland intended for a wet corn mill located near Grand Forks Air Force Base, which houses top intelligence, surveillance and reconnaissance capabilities. The report also raised questions regarding potential risks related to Chinese investment elsewhere in US agriculture.

“Chinese companies’ acquisitions of hog herds in the US may save China money and enhance domestic capacity; however, this could also reduce China’s need for US-based productions and redistributes the environmental effects of hog waste to US communities,” wrote policy analyst Lauren Greenwood. “If further consolidations and Chinese investments in US agricultural assets takes place, China may have undue leverage over US supply chains”

The report also highlighted that according to AFIDA filings, a significant portion of US land owned by Chinese investors is concentrated in “other land” the USDA defines as having unclassified uses such as swamps, marshes or bare rock.

“It is not clear why Chinese investors hold so much other land,” Greenwood wrote. “The possibility remains that land usage could change after a foreign buyer’s purchase is cleared and the investor has completed the initial reporting requirements. The USDA requires foreign buyers to report on any changes to land use, but the lack of enforcement makes this an area ripe for neglect.”

Concerns around growth in Chinese investment were the focus of a July letter to USDA Secretary Tom Vilsack that highlighted AFIDA’s shortcomings.

“This legislation, enacted in 1978, only requires foreign persons who buy, sell, or gain interest in US agricultural land to disclose their holdings and transactions to the USDA directly or to the Farm Service Agency county office where the land is located; the bill does not require details related to a company’s ownership structure or investment intentions,” the group of 21 members of Congress wrote.

In October, a larger group of 125 Congress members also highlighted concerns around Chinese investment in a letter to the Government Accountability Office asking for a review of foreign investment into US farmland and existing efforts to monitor acquisitions. They reported users of AFIDA data have found inaccuracies and expressed concerns that foreign ownership is underreported due to definitions used by the USDA.

Data collected under AFIDA would be published in a public real-time database under a Farmland Security Act of 2022 proposal introduced in July by Senators Tammy Baldwin and Chuck Grassley. A factsheet for the proposal highlighted a 24 percent increase in exports of US chicken products by Brazilian-owned Pilgrim’s Pride during 2020 as an example of potential security risks posed by foreign ownership of American agricultural land and supply chains.

“Currently, almost half of our agricultural land is owned by Americans 65 years or older and the National Young Farmers Coalition reports that nearly 100 million of those acres are expected to change ownership in the next 10 years,” the Senators wrote. “This transition may provide ample opportunities for more foreign entities to invest in American agricultural land.”

“No one has raised these flags”

A manager of foreign and US institutional capital invested in US West Coast farmland told Agri Investor that attention on AFIDA arose as a topic of discussion among managers after the passage of a California proposal to prohibit foreign investment into agricultural assets in that state that was later vetoed by the governor. AFIDA has historically imposed no reporting requirements on their firm or others, they said, adding that recent focus on the issue appears fueled by deteriorating relations with China and the heated political climate in the US.

“Honestly, right now, I’m not sure by statute, but by practice, it should be compliance folks at investors [managers] making sure that we are compliant with those requirements,” the source said.

“No trade association – which is our main purview into looking at directions from a policy and regulatory perspective – no one has raised these flags, ever. Could someone at the USDA in some corner be pushing it? Maybe, but we have no visibility on that. If I had to guess, it’s [an effort to punish non-filers and is] not going to happen unless there is a political change in terms of federal leadership, that’s my guess.”

Don’t call it a witch hunt

University of Illinois professor Bruce Sherrick told Agri Investor that although he is also skeptical focus on AFIDA will lead to an actual change in enforcement, recent efforts to identify foreign investment and limit use of Chinese communications equipment has impacted due diligence for a variety of investment entities.

“I don’t want to call it a witch hunt, but that big broad net being cast over big scary words like ‘foreign investor’ seems to have reached into all corners,” he said. “I would not suspect any of the funds escaped that. If you are reg D investor, you have already gotten somebody to certify certain things. That would guarantee that you didn’t, for example, have dual citizenship with Canada.”

Sherrick highlighted that in the current environment, even some long-established investments from countries perceived as friendly are being forced to re-examine their regulatory requirements. He said it is difficult to know how seemingly straightforward transactions such as LPs re-upping funds they have long been invested in, or a legal change from closed to open-end structure can impact AFIDA filing requirements.

“Those are the kind of conversations that are being held with high-paid accountants,” he said. “’Did that [law] really mean that we had to do this? That same investor has been here for 25 years; our change in the form of the fund can’t possibly trigger this, can it?’ Turns out it does.”

Sherrick added he views any proposals that risk limiting capital flows into US ag as especially dangerous given the sector’s status as the only category where the US systematically exports more than it imports.

“We can’t make these broad arguments without some recognition of actual facts related to the distinction in agriculture and the place it lives within the economy,” he said. “It’s dangerous to use agriculture as the hammer for policy around foreign investment. It’s such a small fraction of total investment and while it may carry a direct line to the heartstrings of people when you talk about the asset class, it’s not where we should be looking. It’s just not.”