It has been a riveting year filled with fund news, short-seller attacks and tantalizing hints about the direction the agricultural asset class will take as it continues to grow.

We take a look at some of stories that created the biggest splash in every month throughout the year.

After being attacked by US short-seller Glaucus in March 2018 for ‘wildly exaggerating’ its asset values, 2019 got off to a bad start for doomed Australian asset manager Blue Sky Alternative Investments, as it lost a raft of expertise from its real assets team.

In the first of a series of strategic moves made in 2019 by AMERRA Capital Management-backed Pipeline Foods, the SunOpta deal gave organics-focused Pipeline four processing facilities in Minnesota and one in northeast Iowa.

In a market dominated by deals in the region of $20-$25 million, Harvard Management Company has sold 55,000 hectares of Uruguay timberland to a consortium of local pensions for $330 million.

Farmland Uruguay said the pensions had collaborated to establish a trust, Bosques del Uruguay IV, that acquired the timberland and an additional 4,600 rented hectares that are planted in pine and eucalyptus trees.

Despite having revealed in February that its water and ag assets were performing strongly and with plans to launch a new agricultural fund, Blue Sky Alternative Investments entered receivership in May 2019.

The weight of its A$47.7 million ($34.1 million; €29.8 million) convertible note facility from Oaktree Capital Management, alongside the short-seller attack, its loss of personnel and knocks to investor confidence in the preceding 18 months, proved insurmountable.

“What we are now seeing are a broader range of institutions – smaller as well as the larger ones – start to follow along,” said CEO Tom Eisenhauer. “The open-ended structure was just [the result of] feedback that we were getting from a number of institutional investors that preferred that approach.”

CBRE director of agri-logistics Stephen Caffery hit upon a growing trend when he told Agri Investor that a growing number of ag investors no longer want to simply invest in a real asset – they also want a stake in the logistics and distribution firms on which their assets depend.

“We’re seeing interest from institutional investors – that have usually invested in traditional farmland – in looking up the supply chain, as they want to find assets in that processing and distribution space as well,” said Caffery.

A Macquarie Infrastructure and Real Assets fund completed the acquisition of a 49 percent stake in Cubbie Station, which is Australia’s largest cotton farm.

The firm entered into a joint ownership agreement with Chinese textile company Shandong Ruyi as part of the deal, which, prior to MIRA’s acquisition, owned an 80 percent stake in Cubbie.

Rural Funds Group also came under attack from Hong Kong-based firm Bucephalus Research Partnership, which accused the firm of being involved in a “clear cut case of financial engineering and creative accounting being used to inflate asset values.”

October brought a flurry of fund news, with Macquarie Infrastructure and Real Assets’ close of its third agricultural fund at A$1 billion ($671 million; €613 million) one of the standout fund closes.

The Agri Investor Chicago Forum was held at the start of November and one of the standout themes proved to be the perception that a lack of GP experience with the asset class is hindering investment.

“LPs don’t think there are enough people out there with the right track record,” said a speaker at the event. “They don’t think there is enough of a pool of people [through whom] they can deploy all the capital that they would otherwise like to deploy within the space, and that’s just in the US.”

AMERRA head of private equity Thor Talseth stepped down from his role at the company to establish a new firm with support from alternatives asset manager Stafford Capital Partners.

Neptune is a private equity investment firm that will invest across the aquaculture value chain, which is a segment of the global food production market tipped to attract significant capital flows in the next decade. 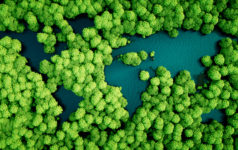 A window into sustainable ag funding

precision agriculture 24 February 2020
Added to your Saved Articles
Loading
Unsave Article
Please confirm you would like to remove this article from your saved articles.
Share with other subscribers
Only logged in subscribers of this site will be able to access the shared article.