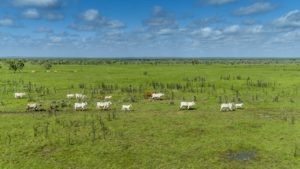 The cattle stations in Tanumbirini and Forrest Hill in the Northern Territory were owned by Thames Pastoral Company, a wholly-owned subsidiary of the Insight Global Farmland Fund.

The value of the deal was not disclosed, but Agri Investor understands that Rallen Australia paid around A$70 million for the two properties. Thames Pastoral paid around A$33 million for Tanumbirini when it acquired the property from Sterling Buntine in 2013.

Both properties are located near Daly Waters in the Northern Territory, around 600km south-east of Darwin. Together, they have capacity for around 40,000 head of cattle and the sale included 36,400 cattle plus followers.