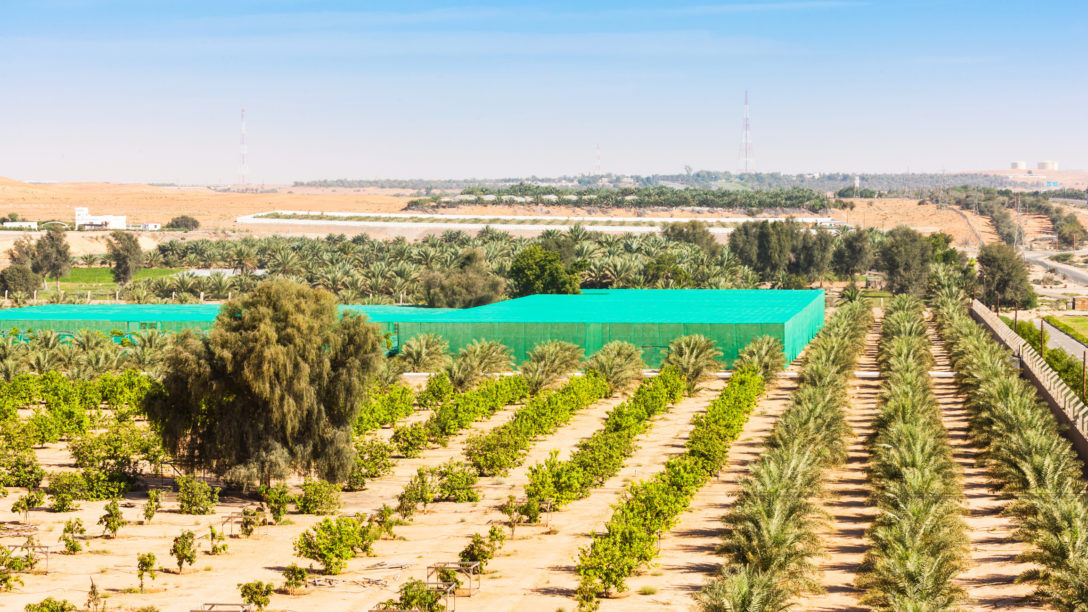 Abu Dhabi-headquartered holding company ADQ is on a mission.

Established in 2018, the state-backed entity is pursuing agricultural investments at various development stages throughout local and global supply chains as a strategic partner to government-led efforts to enhance national food security.

Executive director for food and agriculture Gil Adotevi told Agri Investor in June that ADQ’s investments in ag – including support for an existing corporate farming platform, the creation of new companies and the acquisition of a 45 percent stake in Louis Dreyfus Company – reflect a mandate that is less purely financial than that of other sovereign funds.

“Our strategy is tied to delivering impact from a strategic perspective for food and ag in the UAE and also trying to shore up its food supply chain resilience,” said Adotevi, who previously served as a senior vice-president at Mubadala Investment Company in a role that included oversight of food and ag investments.

“In so doing, our objectives are always commercial. Although we are owned by the government of Abu Dhabi, we don’t subsidize businesses. We don’t invest in businesses that are unsustainable. We drive a commercial agenda, and we look at prioritizing sectors where we feel, as a country, we have a particular dependency and an opportunity to hedge that dependency for Abu Dhabi.”

Adotevi provided an overview of ADQ’s food and ag portfolio, the strategy driving its domestic and global growth, and spoke of how the holding company is likely to interact with private managers.

“Food and ag is one space where you don’t have a lot of dedicated private equity and venture capital sector players, unlike other sectors – especially on the upstream part of the value chain,” he said.

“Our strategy, when you think about supply chains and food resiliency, is more focused on primary production and solving the production part of the equation. Naturally, there is some overlap with those fund managers. We certainly welcome conversations with private equity players in the space, but I don’t see a massive overlap with what PEs in food focus on and where we are looking.”

ADQ was established to form part of the government of Abu Dhabi’s efforts to create new engines of growth in an economy long dominated by its energy sector. Food and ag joined healthcare and pharmaceuticals, energy and industry, and mobility and logistics as the four key sectors of focus for the initiative.

A February report from the US-UAE Business Council highlighted that the importance of ADQ within the UAE’s food security ecosystem “cannot be overstated.”

Adotevi declined to comment on Global SWF estimates that reported ADQ’s assets under management as $110 billion. He said there are currently six executives on a food and ag sector team that is growing rapidly to manage a portfolio that has been consolidated into five investments.

The UAE’s broader food security strategy identifies 18 food items as the primary focus and describes a strategic goal to “champion agribusiness facilitation through a whole of nation apparatus.” A summary of the policy identifies specific targets the UAE hopes to achieve by 2051 – including a 24 percent increase in the contribution of “strategic investments” – that make clear its food security effort will have to have both domestic and international components.

Adotevi declined to address those targets directly and said the balance in ADQ’s domestic and international focus is determined in part by geography. ADQ was created to support sectors that would be difficult for the private sector to invest in otherwise, he explained, and local production of certain crops (such as the dates produced by portfolio company Al Foah) is an important part of its strategy.

For crops and food categories that cannot realistically be produced competitively in the region, ADQ instead looks to invest in supply chains stretching outside its borders. The investment in Louise Dreyfus Company, Adotevi explained, was designed to provide such exposure to international trade flows and reflects a focus that could shape ag-related investments elsewhere.

“If we went and invested in apples in Chile hypothetically, we wouldn’t necessarily worry about bringing them to the UAE if it’s not economical,” he said. “Because we are part of the global supply chains of that specific product, we would feel more secure and have more optionality from that investment.”

Adotevi explained that although ADQ does not participate in every mechanism the Abu Dhabi government uses to support its farming sector, its portfolio does include companies previously under the control of government bodies that have been transferred to its ownership. He added that it has looked for opportunities for its portfolio companies to list their shares, in part because ADQ’s broader portfolio also includes the Abu Dhabi Securities Exchange.

Among ADQ’s food and ag investments is Agthia, an Abu Dhabi-headquartered food and beverage company listed on the ADX exchange that was founded in 1978. Agthia provides water, dairy, processed food and other products to markets across the Middle East and has acquired ag-related businesses this year in Jordan, Egypt and Kuwait, according to Alpen Capital. To manage Abu Dhabi’s strategic reserves and offtake programs, ADQ also established local food wholesaler Silal in September 2020.

“We’re spending quite a lot of time looking at the strategies and governance models of these companies and helping them scale,” said Adotevi.

ADQ acquired a 50 percent stake in Al Dahra in May 2020. The multinational agribusiness headquartered in Abu Dhabi and founded in 1995 manages a farmland portfolio of more than 300,000 acres, which includes properties in the US, Australia, Romania and elsewhere. In addition to its role as a key alfalfa producer in global markets pivotal for Middle Eastern dairy production, Adotevi explained, the company also serves as an important part of ADQ’s food and ag portfolio.

“We think of Al Dahra not only as animal feed but also as a corporate farming platform that we can leverage to expand the farming part of our portfolio,” he said. “We will look to grow the company in Europe, the US and Africa as well; all places where it already is.”

Though ADQ’s focus is domestic and on supporting the local economy, Adotevi said the holding company is engaging with foreign companies and investors as part of the process. In August, it announced plans for a 200-hectare facility in Al Ain Industrial City producing 39 kilotons of fresh fruit and vegetables annually, which involves collaboration with three unidentified controlled-environment ag producers.

“Beyond just building one or two hydroponic farms, if you take a five- or a 10-year horizon, we want to be in a position to attract a diverse set of investors who are playing in that sector and who can form part of the ecosystem, can contribute to that ecosystem and can leverage that ecosystem,” Adotevi explained.

Another important part of that ecosystem, he added, is venture capital, where ADQ recently used its DisruptAD platform to co-lead a $105 million Series B for Israeli cultivated meat start-up Aleph Farms alongside L Catterton. Adotevi said that DisruptAD will continue to pursue venture capital investments as part of an effort to find companies well-suited to further development within ADQ.

“Where the final investment fits honestly depends on how early-stage it is and the capabilities we think can manage it best,” he added. “We work as one team and take these investments on a case-by-case basis. We do also have capabilities across the group where we can scale those into full-fledged plants and businesses.”

Although those capabilities dictate that direct investments constitute the majority of ADQ’s focus, Adotevi said it has not ruled out fund investments.

“We also recognize the need to pull together a wider network of specialist investors in the sector, so investing in funds is not something we exclude because it helps expand our perspective on the sectors where we invest,” he said. “This is true not only for food and ag but for the ADQ strategy as a whole.”