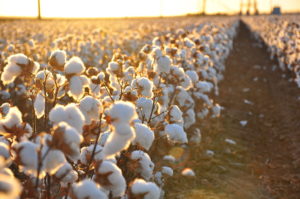 A Macquarie Infrastructure and Real Assets fund has completed the acquisition of a 49 percent stake in Cubbie Station, Australia’s largest cotton farm.

MIRA acquired part of its stake from Shandong Ruyi, which has held an 80 percent stake in Cubbie since 2012 and retains a 51 percent holding. Press reports suggest the remainder of MIRA’s shares have come from Australian businessman Roger Fletcher, who held a 20 percent stake in the station.

As part of the new ownership structure, MIRA and Ruyi have entered into a joint ownership agreement. ­

The agreement also includes a binding commitment to voluntarily contribute up to 10 gigalitres of water to the Culgoa River and Lower Balonne intersecting streams during times of drought. Neither party will receive any compensation from the Commonwealth or Queensland governments for the contribution.

Separately, MIRA’s acquisition has forced South Australia’s water minister, David Spiers, to declare that he will divest his shares in Macquarie Group owing to a potential conflict of interest, given the firm’s move into cotton.

“Shandong Ruyi has a long-term track record of sustainable operation of Cubbie and that is a commitment we share with them,” she said.

The Chinese textile company acquired its 80 percent stake in Cubbie Station seven years ago in a deal worth more than A$230 million.

Ruyi was required to wind down its stake to 51 percent within three years as part of the original deal, but this obligation was extended by a further three years in 2016.

A subsidiary company of Ruyi, Cubbie Agriculture, will continue to operate the cotton farm under the new joint ownership structure.

Cubbie Agriculture chief executive Paul Brimblecombe said it was “very pleasing” that it had managed to tie itself up with a company that shared its ambition to “benefit the environment and downstream users”.

“We are excited to continue making a difference in the communities in which Cubbie operates, and to provide a meaningful contribution to support downstream users via this Voluntary Water Contribution,” he added.