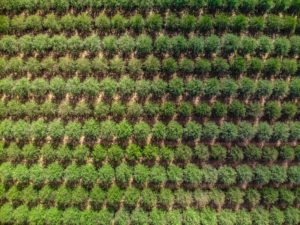 Midwest producers’ financial stress has not impacted the permanent crop farmland markets of key focus for UBS, according to a managing director of its Farmland Investors unit.

Jim McCandless – who leads the farmland business within UBS Asset Management’s Real Estate & Private Markets (REPM) – told Agri Investor his firm has continued to avoid row crop properties in the US Midwest markets where the firm is not already prohibited from investing by regulations. UBS has remained active in permanent crop farmland markets, including those in California, Oregon, Washington and Florida.

“We are seeing more transactions that seem to work,” he said in reference to permanent crop deals in those states. “For quite a while, a lot of the deals we saw just didn’t have the kind of return potential we thought they should, but we’re seeing more now that seem more attractive.”

While increasing the portion of permanent crop properties in its portfolio is a key goal for UBS, McCandless said Idaho is among the markets where Farmland Investors has continued to acquire row crop farmland. The firm’s Idaho field office predates even its association with UBS, he added, and was opened before the unit that would eventually become Farmland Investors spun off from Connecticut Mutual Life Insurance in 1983.

“It [Idaho] seems to be one of the markets where we find transactions that fit, so that’s why we’ve been fairly active there,” he said.

In California, water continues to be a perennial concern. While the Sustainable Groundwater Management Act (SGMA) may eventually create investment opportunities the implementation process is currently at too early a stage to have any significant impact on the market, McCandless said.

“Notwithstanding SGMA, we’ve been investing in California for decades. We know where we want to be and where we don’t want to be; there’s parts of the state where the water situation is not attractive or sustainable, which is why we avoid investing in those areas. There’s winners and losers in things like this and we try to find the areas that will be winners.”

Launched as an open-ended fund in 2006, AgriVest Farmland Fund was valued at $732.1 million as of July, according to a regulatory filing. The filing showed UBS had raised $82.4 million from five investors since the previous filing for the vehicle in June 2017, surpassing the $43 million brought into the fund during the previous year.

All properties purchased using the vehicle’s capital are leased to commercial farm operators in a strategy that targets returns exceeding the Core Farmland Index, a custom index UBS calculates by tallying performance of the rented properties within the NCREIF Farmland Index.

According to a presentation to the Sonoma County Employees Retirement Association, the AgriVest Farmland Fund was composed of 70 percent annual commodity crops, 18 percent annual vegetable crops and 12 percent permanent crops, as of January 2018.

“People that are in it tell us that mostly that they do like that option – although they don’t expect to need liquidity.”

Because it’s difficult to predict when LPs will be interested in redeeming, he added, UBS uses contractors to carry out appraisals quarterly.

“We want to have a good solid number that’s based on a recent appraisals.”

In addition to the open-ended AgriVest Farmland Fund, UBS also manages separate accounts for three pensions, one of which is already fully deployed and not currently taking investments, McCandless said.

Deals among the vehicles are distributed on a rotation system, he explained, adding that LPs have an option to determine whether specific properties are a fit with their strategy and are subsequently provided with a list of UBS farmland deals they did not get.

“Whoever is at bat, gets the next deal if it fits their criteria. If it doesn’t fit their criteria, it goes to the investor that is on deck and the other one stays at bat for next one, and then it just continues to rotate.”

In terms of bringing new LPs into the fund, McCandless has witnessed no indication that the anxiety created by US agriculture’s central role in trade disputes with Europe and China has dented demand for exposure to the sector, adding the firm has seen a steady stream of new inquiries.