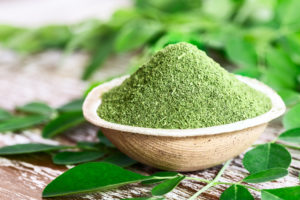 “I am disappointed,” Isingoma said. “For a business like Raintree – moringa being a healthy product – you would have expected some of these international pharmaceutical brands, manufacturers and food supplement manufacturers to pick it up as an area they could support in various countries, but I don’t think I see that.”

Isingoma said the lukewarm interest in moringa demonstrated that while impact potential is a key driver for some international investors and funds, financial returns largely determine where capital is invested. To illustrate this, he highlighted how the recent legalization of medicinal cannabis in Uganda had been greeted more warmly by investors.

“Everybody is coming and saying, ‘Look, we have all the money to give to do this’,” he said of cannabis. “But I’m not allowed to do it in my fund, my investors wouldn’t allow me to do it and I wouldn’t want to do it!”

Isingoma said that because Raintree Farms’ facility is capable of processing to international organic standards and has been used to prepare products for sale in the US, he would not be surprised to see cannabis investors express an interest in acquiring it, though PCP would not look to exit the investment for at least four or five years.

PCP’s loan to Raintree is the fifth investment from its country-focused Yield Uganda Investment Fund, which closed on €20 million in July after securing commitments from the EU, the International Fund for Agricultural Development and the Soros Economic Development Fund.

Kuli Kuli raised $4.25 million in a January 2017 Series A that included eighteen94 capital, a venture capital arm of Kellogg Company, in its debut investment. The VC firm was joined by S2G Ventures and others in a $5 million Series B that Kuli Kuli closed in late February.

The investment case for Raintree was strengthened, Isingoma explained, after consultations with Kuli Kuli revealed that although the company also sources from India, Cambodia, and west Africa, Ugandan moringa is prized for its high quality.

“For us, that meant this could be a value chain that has been abandoned and could be supported,” said Isingoma.

Unable to secure commercial financing from local banks and already implementing an innovative secure income program that provides monthly payments to smallholders in its network, Raintree is exactly the kind of business the Yield Uganda Investment fund was established to support, Isingoma said.

The managing partner declined, however, to disclose the interest rate on the seven-year loan to Raintree, which will be used for working capital and to support an expansion of its processing capacity from 1,500kg (3,305lb) to 3,000kg per week.