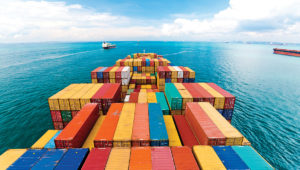 Partner Richard Boos of Shore Capital Partners said the combined impacts of inflation, covid-19, high oil prices, the Russia-Ukraine war and higher labor costs have created a situation where virtually every food and beverage business is being impacted.

Boos told Agri Investor the fund manager has experienced both direct and indirect consequences across its seven food-related investments, such as with bakery business Sweetmore Bakeries, which saw “single-digit, if not double-digit percentage increases year-over-year” across its 15 top commodity purchases.

“A lot of folks are having a hard time getting soybean oil because of the war in Ukraine. Our flavor business in California [OC Flavours], while not directly impacted, is indirectly impacted because a lot of the customers that they sell flavors to can’t get soybean oil so they can’t produce the products that use our flavor systems,” Boos said.

“So while it’s not a direct impact to us, it’s an indirect impact to us because we can’t ship products to them until they get their soybean oil. It’s a real mixed bag but it’s fair to say nobody is escaping inflation and product shortages.”

Meanwhile the firm’s spices and seasoning portfolio company, Old World Spices & Seasonings, has not experienced inflation-related raw material price increases but has suffered from higher packaging costs due to the price of oil and the ‘great resignation,’ which has impacted the labor market and driven up labor costs.

Despite the headwinds, the firm was able to close its second food and beverages fund on $292 million in March 2022 – the close was not announced until June. Having launched in January, it surpassed its $250 million target and “was effectively a 71-day process from start of our launch to final close,” said Boos.

He attributed the strong appetite for Shore Capital Partners Food and Beverage Fund II to the strong performance of Fund I, which has delivered low double-digit IRR. Launched in February 2019, it had closed just above its $150 million target two months later.

Shore Capital Partners is a micro-cap investor that targets lower mid-market businesses that have between $5 million and $100 million in revenue. The firm invests across healthcare, food and beverage, business services, and real estate, and it plans to move into industrial services in 2023.

The asset manager manages a total committed capital base of approximately $3 billion, according to a June statement.