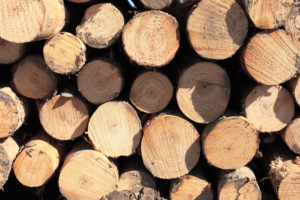 Stafford International Timberland Fund has deployed $208 million across seven investments in the US, Australia and New Zealand to date. Four of these have been secondary investments while the remaining three have been co-investments.

“We do have commercial forestry opportunities but we also have the ability within the fund to make commitments to downstream processing,” Addicott said.

“Up to 10 percent of the fund can go into downstream processing and that will be a mixture across the board – there might be an opportunistic investment into a sawmill, or some sort of sector that’s servicing the industry. The fundamental feature is still timberland, but just having that option might give us the ability to help influence markets in certain regions.”

SIT IX has a closed-ended structure and a 12-year term. The vehicle has a cash yield target of 4 percent and an internal rate of return of 8-10 percent. It has been backed by five repeat investors from the firm’s predecessor timberland funds, as well as six new investors. The majority are made up of pension and insurance firms.

Addicott could not confirm whether or not this was NPS’s first commitment to a dedicated forestry vehicle, but said “they have been looking at the timber sector for a number of years.”

“They are attracted to the diversification and the extra benefits that we receive within our funds through secondary acquisitions. I think those are the defining factors for them in considering our timberland fund as an investment,” he added.

On the role that revenue derived from carbon credits trading would play in the fund, Addicott said: “Within the regulated [emissions trading] markets such as New Zealand some investments have benefited from carbon sales, but that those benefits are relatively small compared to the commercial returns. There are some carbon benefits from it, but it’s not the main purpose of investment.”

Stafford Capital Partners had $7.7 billion in assets under management as at December 2020.