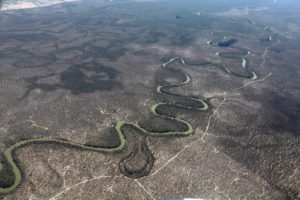 The New South Wales government has pulled back from a threat to pull out of the Murray-Darling Basin Plan and other water-sharing agreements.

At a meeting of the Murray-Darling Basin Ministerial Council in Brisbane this week, NSW made clear that it would not contribute any further to the pooled 450GL share of water to be recovered for the environment that it had not yet fulfilled. It also said that it would not submit new water resource sharing plans until after the drought breaks.

Both Victoria and NSW claimed they had secured action in different ways to help “fix” the Murray-Darling Basin Plan. Fears that NSW would break with the plan have proved to be unfounded.

The Victorian government said that Basin states had “acknowledged concerns around foreign ownership and monopoly behavior in the water markets, and agreed to ask the [Australian Competition and Consumer Commission] to look at whether changes to trading rules are required and consider registration of brokers across state borders.”

The NSW government claimed it had “delivered an overhaul” of the plan “for the first time since its inception.” One market observer told Agri Investor this was an “overexaggeration” and that not much had changed in practice.

The South Australia government called for a continuation of “mature, balanced leadership” in respect to water-sharing arrangements. It said the MDB Plan was “critical in striking the balance between delivering water to these communities that rely on the river, and ensuring the future health of the Basin environment.”

Victoria and SA also said they would not contribute resources to a federal government review into water-sharing arrangements, while NSW indicated it would co-operate.

Separately last week, the Victorian government announced it would introduce a series of measures to “crack down on monopoly behavior and expose speculation in the water market.”

Its recommendations included creating a public register of all companies who own 2 percent or more of water in a system on the Victorian Water Register. The Victorian government also said it would pursue legal changes to be able to name individuals who hold more than 2 percent as well.

Market sources indicated to Agri Investor that this would likely pull in most water owners in the Victorian river system, particularly in the world of private investors and asset managers. It is not clear exactly how the register would work at this point, and whether it would seek to identify owners within a water fund, for example.

At the wider level, focus will now shift back to the ACCC, which is in the process of conducting an inquiry into water markets in the Murray-Darling Basin.

It conducted a series of public hearings throughout the Basin states in November 2019 and its interim report is due on May 31, 2020.