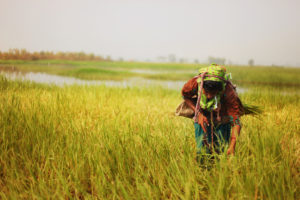 “I’m seeing continued interest from investors on the topic of impact and aligning – more and more thinking about it from a private equity perspective. I am encouraged to see that,” Nuveen managing director Rekha Unnithan told Agri Investor soon after firm’s late July announcement it had reached a $150 million first close on its Global Impact Fund.

Nuveen aims to raise $400 million to support the vehicle’s strategy, according to Unnithan.

Unnithan said Nuveen’s fundraising effort reflects a maturation of its impact strategy and has focused on insurance companies, family offices and endowments in Europe, Asia and the United States that are interested in closed-end private equity fund structures.

Fundraising for the vehicle began just before covid-19 shutdowns in March and Unnithan said the pandemic’s impact on existing social inequalities helped feed positive reception of Nuveen’s strategy among LPs.

Unnithan said there are multiple ways in which agriculture could play a role in Nuveen’s impact strategy, which is focused on investments of between $20 million and $60 million in both developed and developing markets.

“A lot of the really resource-intensive value chains do come into context here,” she said. “We look at agriculture, we look at timber. We look at recycling waste coming out of those big sectors as areas where we can find companies that are looking to reduce waste or bring more efficient inputs into an agricultural value chain.”

The firm’s June 2019 participation in a $55 million Series D round for Chennai, India-headquartered rural lender Samunnati demonstrates how a focus on inclusive growth can intersect with agriculture, Unnithan added.

“It works very well in the Indian context because there is a lot of enabling features of the Indian agricultural sector that allow for that to work,” she said. “If we saw a company that was doing [rural lending] in another market where it made business sense and could scale, we might consider it in a developed or developing market.”

Nuveen has framed the focus of its impact strategy around six of the UN Sustainable Development Goals related to hunger, health, inequality and climate. Unnithan highlighted independent third-party verification, IRIS Plus metrics and the Impact Management Project’s framework as being among tools with which the firm plans to measure and communicate the impact of its investments.