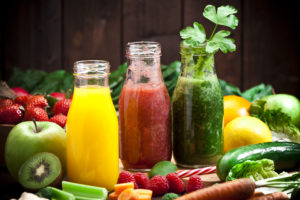 “[OTPP] really liked this deal, really liked this space, and have been looking for something to do with us over and above the fund investment,” Butterfly Equity co-founder and co-chief executive Adam Waglay told Agri Investor.

“They have global businesses and have been active in consumer, so I think they will bring some different insights from that perspective as well.”

Butterfly and the C$201.4 billion ($151.6 billion; €136.8 billion) OTPP completed the Orgain transaction earlier this month. Financial details of the deal or the specific size of the stake acquired were not disclosed. The size of OTPP’s commitment to Butterfly’s $520 million fund also remains undisclosed.

Similarly to how Butterfly’s April acquisition of Bolthouse Farms saw its fund invest alongside a $320 million special purpose vehicle raised for that deal, OTPP invested in a fund created for the Orgain deal that invested alongside the firm’s flagship fund, Waglay explained.

Waglay added that in addition to potentially supporting future incremental capital raises for the company, collaboration with OTPP’s consumer team could aid Orgain’s efforts to expand into global markets.

Beck said that other investors in the Orgain vehicle included professional athletes and celebrity ‘influencers’ as well as institutions and funds of funds.

“We can’t share names just yet on that, but it’s a pretty diverse, strategic group of people beyond just institutional capital,” Beck said.

Although Orgain had attracted interest from potential financial and strategic investors, Beck explained, Butterfly had known founder Dr. Andrew Abraham – who left a medical career to develop Orgain after a cancer diagnosis introduced him to the shortcomings of existing protein shakes – for years and had been “rooting for him on the sidelines.”

“We had developed a really neat and unique relationship with Andrew where we were able to have a one-on-one dialogue before other people were allowed at the table,” Beck added.

Founded in 2009 and headquartered in Irvine, California, Orgain began with a focus on organic shakes before expanding into protein powders, shakes and bars derived from organic peas and grass-fed organic whey.

Abraham will retain a significant minority stake in Orgain, which Butterfly plans to support through efforts to expand from an established position in hospitals, locker rooms and homes into more general grocery and drug store channels in the US.

Waglay said that while it’s true that over the long term, sources of capital will likely continue to play an increasingly direct role in deals, the Orgain transaction demonstrates how the role of the GP will always be critical.

“Our relationship with Andrew [Abraham, Orgain’s founder] has been long and we are kind of the boots on the ground, getting out and getting to know targets and founders and doing that all day long,” said Waglay. “The pension funds just don’t have teams that are big enough to cover a wide swath of relationships and they rely on us for that.”