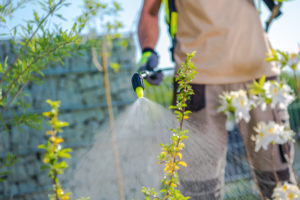 A start-up agtech firm that spun out of Oxford University last year has raised £6.3 million ($7.7 million; €6.9 billion) in a Series A funding round.

The long-term goal of MoA Technology is to develop a herbicide that uses a mode of action different to the way any available chemicals attack weeds.

“The scenario we’ve got is we haven’t had a new chemical which works in a different way to the others for over 30 years […] it’s quite similar to the antibiotics story in humans,” said MoA Technology chairman Hadyn Parry, in a call with Agri Investor.

“We don’t have any new antibiotics coming forward so you and I get resistant to the ones that are used. That’s the situation with weeds.”

On the back of research conducted by co-founders professor Liam Dolan and Clément Champion, MoA Technology has developed three discovery platforms that will identify new and sustainable herbicides.

“What we have discovered and proved is we can detect very subtle changes in plants when exposed to a herbicide, to the extent we can take what I would call a fingerprint, of all the current herbicides out there,” explained Parry.

Parry said MoA has already managed to produce the “fingerprints” of all the known weedkilling approaches and detected several new ones. The chairman added that the team is now conducting tests to determine whether these constitute “genuinely new” approaches, or whether they only appear to be new.

The chairman added that the £6.3m funding is only likely to cover the venture for the next two years, after which more cash will be needed, especially if MoA is ready to conduct tests in the field by this time.

“We would hope, within a couple of years, to have one or more really strong candidates of a new herbicides,” Parry said.

“The move from the glasshouse to the field is a big step up in cost and investment so at that point, you’d be looking for more financing. You’d also be looking for the commercial partners around the world, who would take the [testing] in multi local [fields] on in different companies, and take it through to commercialisation.