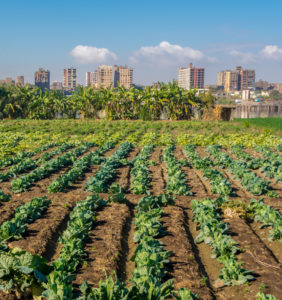 Phatisa Food Fund II was launched in 2017 and had an initial target of $300 million. Managing partner Stuart Bradley told Agri Investor 2020 “had been quite challenging from a fund raising perspective without the ability for investors to undertake physical due diligence.”

Other investors that have made commitments into the fund include the US government’s development finance institution Overseas Private Investment Corporation, which invested $75 million in 2017, and the African Development Bank, which committed $10 million in the same year.

Bradley confirmed the impact fund will target IRRs “in the twenties” – Agri Investor has previously reported this figure to be 22 percent – and invest in the sub-Saharan African food value chain in areas including food production, inputs, processing, and branded foods and beverages, among others.

The fund’s impact goals include reaching 90,000 farmers, increasing their yields by 25 percent and reducing food losses by 50 percent, said Bradley.

“The fund anticipates that its investments will allow firms to maintain 10,000 existing quality jobs and create at least another 2,000,” he said.

Phatisa has funds under management “totaling more than $400 million,” the firm confirmed.

The firm’s debut food fund, African Agriculture Fund, closed on $246 million in 2013 and made investment into nine businesses. The vehicle has since exited three of those investments.