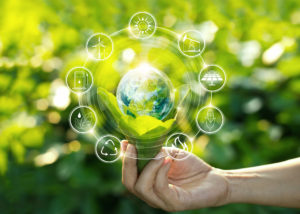 Sustainability, integrity and collaboration are the key virtues that should animate any agricultural investment, according to the corporate sustainability program released last month by AMERRA-backed organic and non-GMO supply chain-focused Pipeline Foods.

Pipeline’s senior vice-president for agriculture and public affairs, Erin Heitkamp, told Agri Investor the effort to formulate the plan, dubbed IMPACT, began by taking a year to identify relevant stakeholders, who were then canvassed for input about what issues they saw as important to track.

Heitkamp, who previously helped launch a corporate responsibility program for Delta Air Lines, noted there has been an almost universal shift across various investor types to linking sustainability targets to the United Nations Sustainable Development Goals (SDGs). A comprehensive review of reporting frameworks currently used by various impact investors and food companies resulted in a decision to follow a set of guidelines from the Global Reporting Initiative (GRI) that focus on materiality and inclusion of all relevant stakeholders, she said.

“People have reporting fatigue, generally, and nobody wants to read a 120-page sustainability report,” Heitkamp said. “We really wanted to take an approach that was much more about telling the story of what we are doing and what we are aspiring to do around all of these issues, and then use the GRI content index as the background means of adhering to a level of rigor, but not putting it front and center so that we would bore people.”

AMERRA worked with Pipeline throughout the process of developing its sustainability program, Heitkamp said, adding that in addition to moral support, the New York-headquartered firm dedicated its own staff resources to the project.

While Pipeline’s other investors and lenders were also supportive of the effort, Heitkamp added, they generally did not have specific input about what they would like to see measured, allowing the Pipeline to determine which key performance indicators to focus on.

Nine of the issues highlighted in the final report were identified as part of Pipeline’s survey of stakeholders, Heitkamp said. Despite the fact considerations of climate change and water quality weren’t identified as often by stakeholder respondents, she explained, both were included in recognition of the fact virtually any actor in ag markets would likely have some degree of focus on such issues.

“It seems disingenuous to be in the agriculture industry and not be focused on those two pieces,” she added.

Organized under the three pillars of sustainability, integrity and collaboration, Pipeline identified relevant KPIs provided by GRI for each of the issue areas, linking each to specific SDGs. Disclosures relevant to the issue of soil health, for example, include percentage and consistency of cover crop rotations on contracted farms.

“I am inclined to think that we are going to, fairly quickly, see an evolution of a movement towards a more standard set of industry sector issues and KPIs,” Heitkamp said.