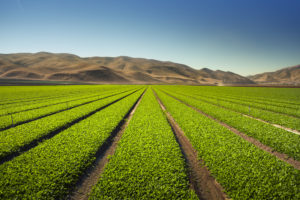 The acquisition was made through the firm’s Primewest Agricultural Trust No 1, an open-ended unlisted property trust established this year to build a portfolio of farmland assets.

The deal is the second completed by the trust, adding Lamattina to the 425 ha Pinegatta property in New South Wales’ Riverina region, acquired in April 2020 for A$4.8 million. Pinegatta, which primarily produces carrots and potatoes, is fully leased to Kagome, one of Australia’s largest fruit and vegetable producers.

The latest deal for Lamattina has also been conducted via a sale-and-leaseback arrangement, with the property leased back to A&G Lamattina & Sons, the family grower that has owned and operated the property since 1955. Primewest described the business as “one of Australia’s largest celery producers” that has ongoing supply agreements with Australia’s major supermarket chains, including Aldi, Coles and Woolworths.

Primewest Agricultural Trust No 1 could grow to as much as A$100 million in size, according to investor documents seen by Agri Investor, and is targeting properties in sectors such as fruit, nuts and vineyards, as well as investments in water and other associated agri-infrastructure.

Primewest is targeting a net internal rate of return of 10 percent over the course of the fund’s initial eight-year investment period, based on the two properties acquired to date, with periodic withdrawal facilities to be offered in the eighth year (2028) and every five years thereafter.

Performance fees for the trust have been set at 20 percent of the outperformance over an equity IRR of 8 percent pre-tax and net of fees, in addition to a management fee of 0.5 percent of the trust’s gross asset value per year. Primewest also intends to pay distributions at or above 7.5 percent per year.

In a statement on the acquisition of Lamattina, Primewest managing director David Schwartz said: “Lamattina is a highly regarded and well managed operation which controls over 50 percent of Australia’s celery market and benefits from outstanding water security and blue-chip supply agreements.

“It has water licenses covering 1,494 ML including bore, surface and Class A recycled water with a year-round state-of-the-art irrigation system. The property also features 120 ha of land with greenfield development potential.”

The off-market sale was conducted by Smith Agri International, with the lease agreement providing the Lamattina family a guaranteed right to re-acquire the property at the end of the lease term, which Primewest said will expire “in excess of nine years” from now.

Schwartz said Primewest was pursuing a counter-cyclical approach to agricultural investing, building a portfolio of properties with strong tenants in place.

The listed firm signaled its intentions in the sector with its acquisition of goFARM Asset Management in June for A$10 million. goFARM AM was the manager of the Vitalharvest Freehold Trust, a listed REIT that owns Australia’s largest aggregation of citrus and berry farms.

Primewest separately acquired an 11.8 percent interest in Vitalharvest, which it intends to rename as the Primewest Agri-Chain Fund, with first refusal over a further 6.2 percent stake. The deal made it the trust’s largest unitholder.